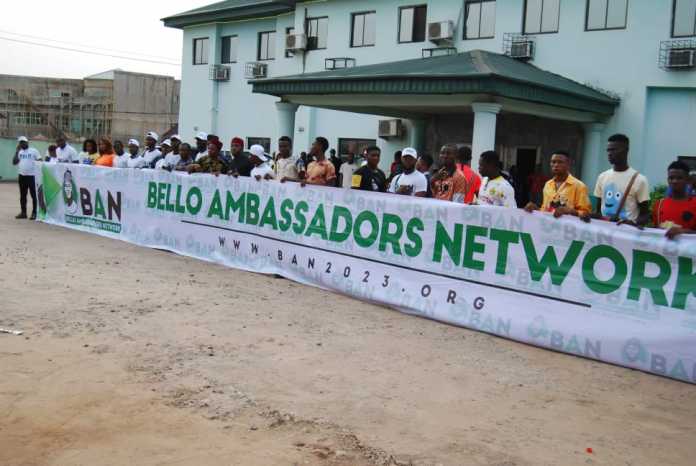 …As Enugu, Anambra, Ebony others throw weight behind gov Bello

Thousands of youths across Enugu, Anambra, Ebonyi and other states in the South East have declared support for the hoped-for candidacy of Governor Yahaya Bello of Kogi State for 2023 presidency.

The Eastern youths unanimously made their declaration during the induction of volunteers across the south east states into the Bello Ambassadors Network (BAN) earlier this week.

While giving their remarks, the inducted excos across the respective States made it known that Bello being a North Central man should understand the complexity of Nigeria better and stands a better chance to unify the people as a mediator who speaks the language of the South and North of the country.

They said there is no better time for the young people to take over than now and that is why they have chosen to choose governor Bello. They appealed to the governor to declare interest for the 2023 presidency as soon as possible.

The South East BAN members thanked the national body and pledged their support to deliver on the mandate.

Addressing the Enugu chapter, the national coordinator of BAN, Mr. Anthony Edogbo noted that the body serve as an umbrella for all Nigerians youths, adding that the leadership style of Yahaya Bello is worthy of emulation and that the young governor deserves to become the next president of Nigeria.

He enjoined the people to swiftly move into the villages in canvassing for the coming of governor and spreading the gospel of youthful government.

BAN, since it’s launching last month, has garnered hundreds of thousands of members across Nigeria and has become the most talked about youth group in the country.