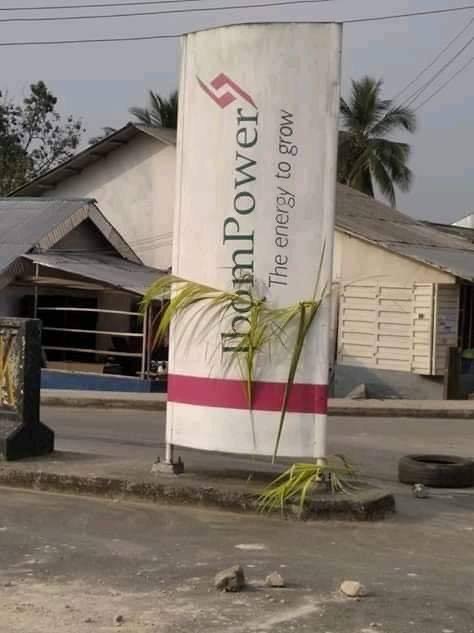 The youths were said to have gathered at the entrance to the power plant and barricaded it with a traditional injunction of eight human corpses to halt further movement in and out of the company.

It was gathered that the youths were protesting the non- availability of electricity in the area despite the fact that the State-owned Power plant was located in the LGA.

Speaking yesterday in Ikot Abasi, Williams said appeals to the management of Ibom Power to reverse the situation went unheeded, which compels the youths, market women and students to shutdown the company’s operations.

“We have a power plant that is called Ibom Power Plant and for years it has been generating light but we don’t see light. We have been in darkness for 15 years. We have shut down the company and placed eight corpses as traditional injunction to stop movement in and out of its premises.

Reacting over the development, Managing Director of Ibom Power Plant, Mr Meyen Etukudo said Governor Udom Emmanuel has already approved a sub-station for the communities and noted that dialogue has been initiated to resolve the problem.

When contacted, the Police Public Relations Officer, Macdon Odiko said he was not aware of the protest but would investigate into the matter.