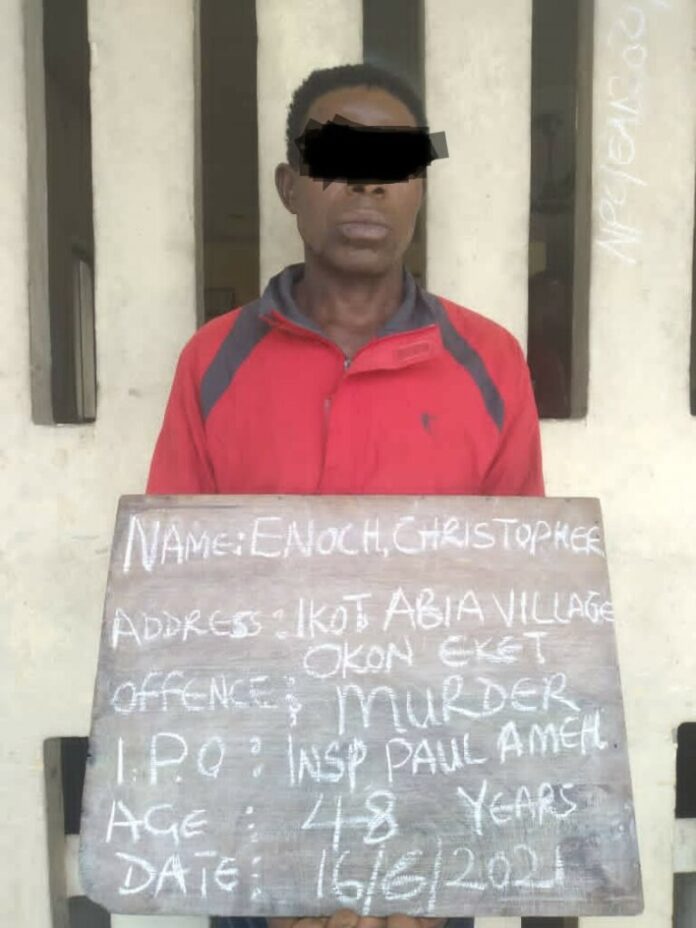 A 49-year-old man in Akwa Ibom beat his wife to death, then buried her body in a shallow grave in the couple’s compound to conceal the crime.

Ukachukwu Christopher,  founder of Omega World Global Ministry, accused his wife Patience, 40 of infidelity and being responsible for his failings, police said.

Youths in the neighbourhood of Eket gave information to police, leading to his arrest.

Police have exhumed the body of the slain mother of five and deposited it in a mortuary for autopsy, according to the command’s public relations officer Odiko Macdon.

Christopher “confessed to have beaten her to death as a result of the unresolved differences on the 9th of June,” Macdon said.

“In other to cover his tracks, he dug a shallow grave in his compound and buried her,” he stated.

Macdon mentioned that the suspect will be charged to court as soon as investigation is concluded.