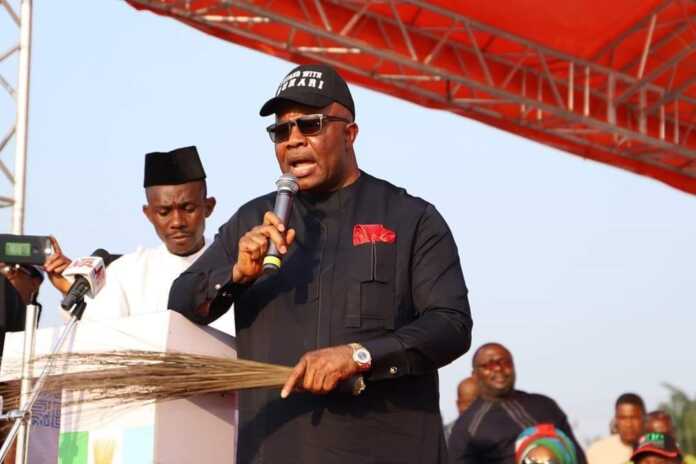 A former President, Ijaw Youths Council (IYC) Worldwide, Udengs Eradiri, has urged youths from Ijaw extraction to shelve their ongoing plans to shut down the Niger Delta region in a protest designed to compel President Muhammadu Buhari to inaugurate a substantive board for the Niger Delta Development Commission (NDDC).

Eradiri, who is the Special Assistant on Youth Matters to the Interim Administrator, NDDC, Effiong Akwa, appealed to the youths to reconsider such move in view of the prevailing security situations in the country.

Eradiri in a statement he signed in Port Harcourt, Rivers State, on Tuesday insisted that the current security challenges did not favour protest by a large crowd because it could be infiltrated by hoodlums to shed the blood of innocent lives, advising that as a responsible organisation, IYC should not be seen as creating opportunities for hoodlums.

He asked the youths to support the ongoing efforts by President Muhammadu Buhari, the Minister of Niger Delta Affairs, Senator Godswill Akpabio and Akwa to conclude the ongoing forensic audit designed to clean the rot in NDDC and give the commission a new beginning.

He said Akpabio had explained in many fora that Buhari desired a conclusion of the audit before inaugurating the substantive board for the commission adding that doing otherwise would jeopardise the ongoing investigations.

Acknowledging delay in the auditng process, Eradiri explained that it was initially caused by budgetary constraints, but said Akpabio’s intervention led the Presidency to resolve the financial hiccups by taking over the funding of the audit.

He said: “The audit is recording tremendous progress. The auditors are now on field assignments after which they will write and submit their reports. It is instructive to note that the President desires an end to the audit before inaugurating a new board to give the NDDC a new and responsible beginning. Any attempt to put the board in place without concluding the ongoing investigations will derail the forensic audit.

“As a former IYC President, I also want the board to be inaugurated. But I have since observed that having a board has never been the problems of the NDDC. The commission has always had a board. But the problems over the years have been institutionalised corruption, failure of an accountable system and misappropriation of our commonwealth.

“I am convinced that the NDDC requires total cleansing and procedural and managerial changes to restore the dignity of the commission and ensure it realises its mandates. If at the end of the audit, we have a responsible and accountable NDDC, then it is worth the wait.

“I can assure you that the audit will soon come to an end. I urge all stakeholders and our Ijaw Youths to exercise more patience and allow the conclusion of this audit. As Ijaw youths, we don’t want to be at the wrong side of history, counted among those, who tried to thwart a process designed to reposition the NDDC for maximum performance”.

Eradiri said despite the complaints against the current management structure of the commission, the NDDC under Akpabio and Akwa had recorded more feats, which all the past boards of the commission could not boast of in the region.

He said: “The NDDC as currently managed, has achieved some feats, which all the past boards of the commission could not boast of. Under Senator Akpabio and Effiong Akwa, the head office complex of the commission abandoned for about 25 years has been completed.

“The commission is also making efforts to reposition its scholarship scheme to give room for more beneficiaries and develop our tertiary institutions. Besides, through the efforts of the Minister and the NDDC, massive work is ongoing at the East-West Road especially at the abandoned axis between Bayelsa and Rivers  states.

“Among other things, we have concluded the procurement process required for the training of first batch of 1000 youths for the NLNG train 7 project; training for vehicle manufacturing and diagnostics with Innoson Vehicle Company and the talent hunt and sports-related programmes to give youths a sense of belonging .

“I, therefore, call on youths of the region to support these noble efforts to cleanse the NDDC, remove the business-as-usual syndrome in the commission and reposition it to efficiently and effectively deliver its mandates of driving the development of the region”.