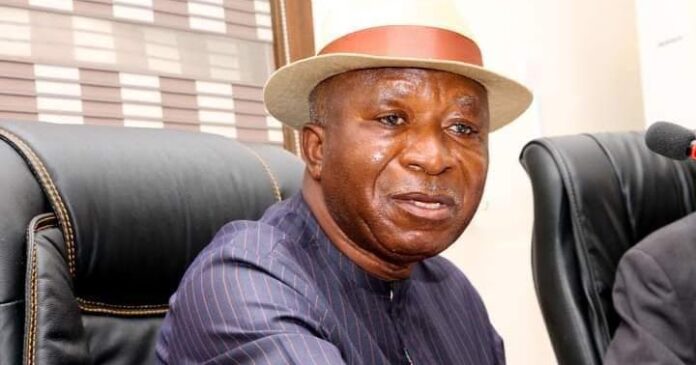 Aggrieved indigenes of the Niger Delta Region have dragged President Muhammadu Buhari, the Interim Administrator of the Amnesty office, Col. Milland-Dikio (rtd) and the Attorney-General of the Federation, Abubakar Malami SAN to court over the plan to sack of 200 staff from the Presidential Amnesty office.

Also included in the suit numbered FHC/PH/CS/124/21 and filed before the Federal High Court sitting in Port Harcourt in Rivers State is a Human Resource Company, HR INDEX Limited alleged to have been wrongfully hired by the Amnesty Office to conduct the mass sack of staff under the programme.

The claimants in the suit, Utip Akpan and James Ayibatekena, are seeking an order of Interlocutory Injunction restraining President Muhammadu Buhari, the Interim Amnesty Boss and other two defendants, from carrying out the allege mass sack pending the hearing and determination of the substantive suit before the Court.

The claimants, in the writ of summons and motion on Notice, made available to newsmen via electronic mail, urged the court to declare that the Interim Administrator of Amnesty Programme, who is the 2nd defendant, is required under the Public Procurement Act,2007 to make public the contract capable of being awarded under the Presidential Amnesty and a declaration that the outsourcing of the contract of human resource firm in the office of second defendant does not fall under the public procurement act.

They also asked the court to set aside as illegal any contract awarded by the Amnesty office to the Human Resources company having been illegaly issued and without due process.

It was also gathered from one of the claimant, Utip Akpan, that their action against the Presidential Amnesty office was to prevent illegal termination of appointment of over 200 Amnesty staff by 31st August 31, 2021.

According to the aggrieved staff, the termination letter has allegedly being prepared and back dated to May,2021 and majority of the staff affected are indigenes of the iger Delta region,”With over 30,000 Amnesty beneficiary to just over 200 Amnesty staff, a ratio of one staff to 150 Amnesty beneficiary, the Human Resources company contracted by the Amnesty office claim to be downsizing while the North East Development Commission (NEDC) other agencies serving the Northern interests have hundreds and possibly thousands of staff and they continue to employ”.

“The lawsuit is challenging the alleged illegal awarding of the Human Resources contract to HR INDEXX LIMITED as it violates the Bureau of Public Procurement act 2007. Col. Milland Dixon Dikio (rtd.) and the Amnesty office never advertised nor called for any public bidding as required by law. However, Col. Dikio’s aide speaking on condition of anonymity, stated that it was the National Security Adviser Major General Babagana Mohammed Monguno (rtd.) that directed Col. Dikio to employ HR INDEXX LIMITED without any public advertisement and bidding as required by law”.

‘we also had it on good authority that the HR INDEXX LIMITED will eventually employ more staff to replace the over 200 terminated but the newly employed staff will have more people from the Northern region in order to frustrate the Amnesty Programme from the inside, stating that their goal is to terminate the Amnesty Programme before the 2023 Presidential campaign commence in 2022”.

“It was further stated that the office is currently planning on deploying between 25 – 30 persons abroad for postgraduate degree studies and that the lists of beneficiaries were provided to them from above. Also, the contracted company HR INDEXX LIMITED’s status with the Corporate Affairs Commission (CAC) indicates that the company is inactive which should normally disqualify them from securing the Amnesty contract in an open bidding against other reputable companies”.

“Col. Dikio (rtd.) whose tenure expired as Amnesty Interim Administrator on the 26th August 2021 suspended the accounts and payments to over 3,000 Amnesty beneficiaries across the Niger Delta region on his last day in office (26th of August, 2021) alleging that all these beneficiaries whom has been receiving monthly payments for over 10 years are all fraudulent beneficiaries.”