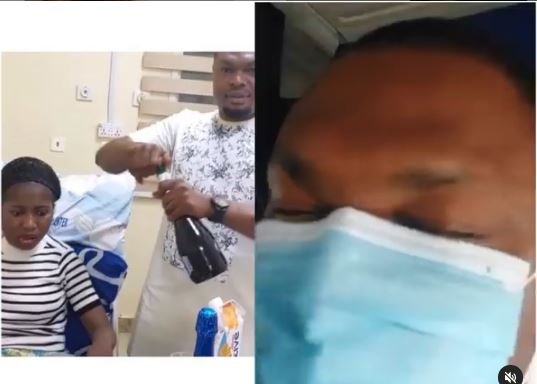 The death of Instagram comedian Ada Jesus who died after battling kidney ailment and stroke caused a stir on social media. As more reactions continue to pour in, Activist Harrison Gwamnishu has revealed the reason behind her death.

Ada Jesus, Prophet Odumeje and Rita Edochie are currently trending on Twitter, with many people speculating that Ada Jesus’ death is spiritual.

Before she died, Ada had been in a battle with the popular prophet Odumeje and veteran Nollywood actress Rita Edochie. She alleged that Odumeje connives with Rita Edochie to stage fake miracles.

Months later, Ada Jesus was down with a stroke and kidney disease, with many people claiming Odumeje and Rita had cursed her.

Some blame Odumeje for Ada Jesus death, but many people do not believe he had a hand in it but think he will take the glory for it.

In a video making the rounds on social media, Nigerian Activist Harrison Gwamnishu said Ada Jesus’ death was not spiritual but resulted from medical failure.

According to Harrison Gwamnishu, Ada Jesus has been sick for a very long time, and the doctor also confirmed it.

He further appreciated everyone who had supported and prayed for Ada Jesus.