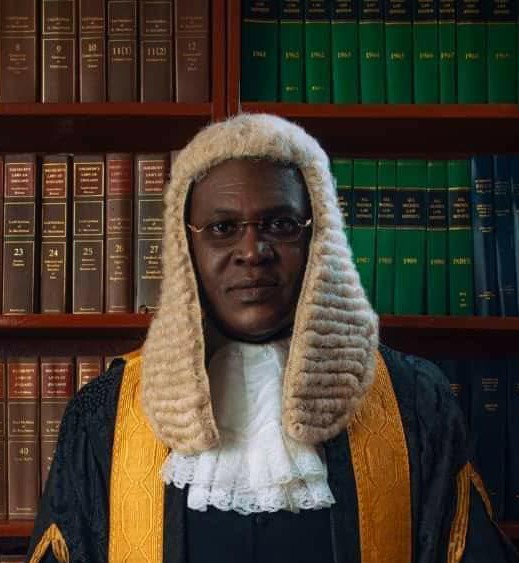 A rights activist and former General Manager of Bayelsa State Broadcasting Corporation, Mr. John Idumange, has petitioned the State’s Commissioner for Justice before the Disciplinary Committee of the Nigerian Bar Association (NBA), accusing him of trying to use his office to influence the outcome of his case with the state government over alleged misappropriation of a N3bn agric loan.

Explaining further, Idumange in the petition claimed that the aim of moving the case is ensure that the investigation into the controversial N3bn agric loan, knowing fully well that Justice Uzakah will do the bidding of his friend to illegally rule an unlawful remand order to ensure he remains in prison.

Parts of the petition read “the Bayelsa State Government received an Agricultural loan of Three Billion Naira (N3 billion) from the Central Bank of Nigeria, CBN. The first tranche of the loan was received at about March-April 2020. Government never made a statement on it because the tranche of N1.5 billion was supposedly misappropriated.

“The second tranche of N1.5billion was paid in February-March 2021. Realizing the body language of government in concealing and misappropriating the loan for farmers, I blew the whistle that the loan should be given to Bayelsa Farmers. The loan was specifically meant for farmers.

“In our Facebook discussion, I mentioned two government officials who are beneficiaries of the loan because I am privy to how the loan was shared among the political elites instead of allocating the loan to Bayelsa farmers. I had approached the Economic and Financial Crimes Commission, EFCC on the 8th of March 2021,EFCC to intervene to ensure the loan got to the farmers.

“To forestall and scuttle investigations, I was promptly arrested on March 10th, 2021 at the gate of a broadcasting station where I was supposed to feature on a programme on accessing loans by farmers. I was detained for three day before I was arraigned in court on charges of sedition.

“At the law court, the Chief Magistrate refused to record my Counsels and said and I quote “ I am here to rule on whether to remand somebody or not; I don’t know why up to nine lawyers are attending court for one man” unquote.

“Iwas thus denied legal representation and the court refused to grant me bail. I was detained again for two days. The lead Counsel, – who was the immediate Attorney-General of Bayelsa State A.S. Arthur esq. approached the High Court in Sagbama, which granted me bail, knowing that I had already lodged a petition of financial misappropriation and economic crimes against some highly placed government officials on March 8th, 2021.

“As we speak, the Economic and Financial Crimes Commission, EFCC, has frozen the bank accounts of recipients of the fraudulent monies laundered into their accounts. They have identified those who misappropriated the farmers loans.

“In the midst of these Sundry breaches of the rule is the Attorney-General of the State Mr. Biriyai Dambo SAN, whose sworn affidavit appears to be a hireling doing some MAN FRIDAY’S JOB to demean the integrity of the judiciary is spearheading the pernicious act of pushing for my detention.

“Upon hearing that I had been granted bail, the Attorney-General Biriyai Dambo SAN wrote to the Chief Judge of Bayelsa State, Hon. Justice Kate Abiri in a compelling tone, accusing Justice E. J Omukoro of bias and partiality, and strayed further to instruct the Chief Judge to transfer the said suit to another High Court where his bosom friend presides.

‘This is because Hon. Justice J.E Omukoro recognized my fundamental rights to freedom of expression as stipulated in Section 39 of the constitution.

“On a cursory investigation, it was revealed that the court where the suit was assigned is presided by Hon. Justice E. Uzakah – a bosom friend to the Attorney-General Mr. Biriyai Dambo SAN, who will do the bidding of his friend to illegally rule that the unlawful remand order be executed in blatant violation of my fundamental human rights.

“This has already played out when I was on my way to Yenagoa on the 19th of July, 2021 and had a car accident. My counsel told the court what happened to me on my way, yet Justice E.Uzakah issued a bench warrant on the first day I was to be arraigned to answers to the charge of sedition.

“I did not jump bail. I am a University lecturer who is known to so many people. I served in five capacities in Government from 2012 to 2020, the last position being the General Manager of the Bayelsa State Broadcast Corporation.

“As a highly esteemed professional body, I am aware that one of the institutional core objectives of the NBA is the maintenance of the integrity and independence of the Bar and the Judiciary. As a senior lawyer, the Attorney-General is aware that the NBA holds tenaciously to this bastion of the rule of law.

“Sadly, he is carried away by his exalted office and could flagrantly violate the rule of law with impunity. After all, he said the NBA Chairman is not a Senior Advocate. In all modesty, the unprofessional manner he has been going about this matter smacks of a compromised judiciary, which negates the fundamental values of sane jurisprudence.

“In my candid opinion, the Attorney-General interfered unnecessarily with the independence of the judiciary. (Vide: Read the letter written by Biriyai Dambo SAN on March 22, 2021.) Even the action of the Chief Judge of the State Kate Abiri is questionable. I know that in enforcing my fundamental human rights, sedition as a charge is bailable.

“Therefore Mr. Biriyai Dambo’s emphasis on remanding an accused person in a matter where the evidence is only a facebook post is a misdemeanour and a violation of the rule of law. There is sufficient reason to submit here that the Magistrate Court presided over by Mirin-Johnson might have been compromised as the court is has an unenviable record of playing that ignoble role for the executive organ of government.

“Thus, the Attorney-General who took the oath of office to uphold the rule of law as a cardinal pillar of the Bar has weaponized the law into an instrument of witch hunt but we are not in the Middle Ages. This is the flipside of the rule of law and a rugged path which learned Lawyers are forbidden to thread.

“Chief. Benson S. Agadaga and Mr. Peter Peretoubo Akpe petitioned me through a Chambers individually and It is absurd as to when Mr. Biriyai Dambo SAN who is the Commissioner for Justice took over as the petitioners’ Attorney. Not only did Mr. Biriyai Dambo acted as their attorney; he also played the role of Chief Judge of the State by directing the assignment of the case.

“Verily, the overreaching action of Mr. Biriyai Dambo negates the rule of Law, which the NBA seeks to protect and uphold because the rule of law forms the taproot of justice itself.

“The deal might have been struck as if the Judiciary branch of government is under the Executive. This is a brazen violation of the rule of law, which upholds the principle of separation of powers and asserts the independence of the Judiciary. Biriyai Dambo SAN has obfuscated the time-honoured Principle of the RULE of Law.

“It is against this background that the Presiding Justice issued a bench warrant on the first day I was to be arraigned to answer to charges-a duty I failed to do because of a road accident I was involved in on that fateful morning on my way to Yenagoa to attend court.

“I have also elected to write to the National Judicial Council to question the propriety of the action of Chief. Judge of Bayelsa State to compromise the rule of law and weaken the judiciary at a time judicial autonomy has been asserted in principle and in practice in Nigeria. The NJC will also peep into the legality or otherwise of Chief Magistrate Mirin-Johnson’s action of turning the rule of law on its head.

“The Chief Magistrate’s decision of granting a “REMAND ORDER” instead of allowing my counsel to enforce my fundamental rights in Court is questionable.

“The reassignment of the case was done in the face of investigations by the Economic and Financial Crimes Commission, EFCC which has investigated the N3billion Agricultural Loan Fraud to such an extent that the fraud is at the point of being proved. The EFCC has obtained all relevant documents and unveiled the fact that the petitioners were complicit in the alleged fraud.

“The combined forces of the Attorney-General and the Judiciary are in a hurry to punish me because not to do so will work against their aim of placing me on remand and by implication scuttle the investigations conducted by the EFCC.

“Mr. Biriyai Dambo SAN has violated some of the fundamental pillars of the RULE OF LAW which every lawyer took oath to protect. This is against the ethics of the profession.

“Mr. Biriyai Dambo SAN, not only wrote a letter to interfere with the Judiciary but expressly called a Honourable Justice a partial umpire in the hallowed temple of Justice. It is another deliberate violation of the principle of impartiality which is a strong pillar of natural justice. Actions like this are capable of minimising Judges to be errand boys of the Executive organ of Government.

“This is the role Mr. Biriyai Dambo is playing in appointing reassigning the matter to his friend to issues a bench warrant as though I were some common criminal. He is not interested in the substantive matter but to detain me. This action from a Senior Advocate is unfortunate.

“I shudder to reason why the Attorney-General orchestrated to transfer of this matter to a court presided over by his bosom friend. On his part, the Judge could not excuse himself from the trial of the matter. Here, so much water has passed under the bridge and the bridge has been broken.

“What do you expect a judge to do other than do the bidding of the Attorney-General? Do we expect a Judge to enter judgement in favour of any other person order than his friend and paymaster? It is indeed a travesty of Justice to muzzle and masticate a party because of a simple misdemeanour. This is a horrendous assault on the rule of law.

“For the umpteenth time, it is pertinent for the NBA to intervene in this matter so that the integrity of this professional body of Honourable lawyers who are the watchdogs of the rule of law will not be sullied by Mr. Biriyai Dambo. In this case, it is explicitly clear that injustice has been perpetrated by Mr. Biriyal.”