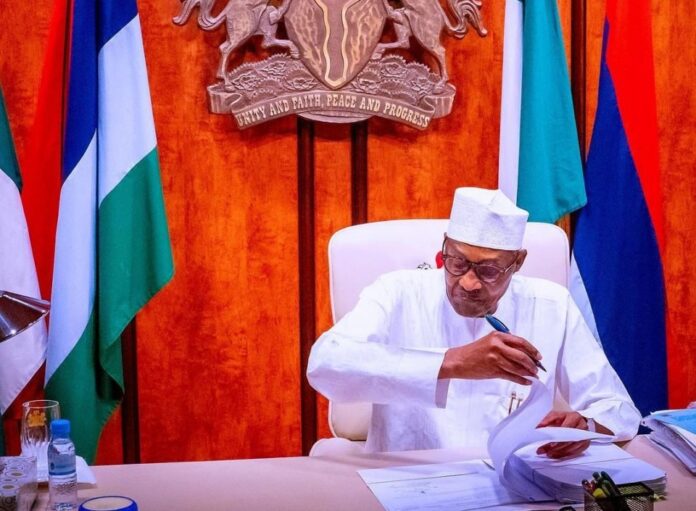 The signing into law of the Petroleum Industry Bill (PIB) by President Muhammadu Buhari has continued to elicit different reactions from industry players and stakeholders from the host communities.

While many described the assent by Buhari as a right step, some leaders in the Niger Delta have criticised the 3 percent annual allocation to host communities from the operator’s operating expenditure.

They described it as a “meagre portion” compared to the level of environmental degradation and development in the region – some even frowned at 30 percent allocation for the search of oil and its discovery.

TheCable did an extensive explainer on the 30 percent frontier basin exploration fund. It also analysed why the 3 percent host communities levy in the new law is different from the 13 percent derivation fund.

Suraj Oyewale, an energy expert and founder of JarusHub, a Lagos-based career resources firm, in a series of tweets via his handle, @Jarus, shed some light on the grey areas in the new PIA.

He said NNPC will not be privatised.

“NNPC is only becoming a limited liability company subject to CAMA, to be named NNPC Ltd.

“A major difference is, prior to PIA, NNPC had its own law: NNPC Act 1977, which guided it. Now, NNPC Ltd will be subject to law guiding other companies in Nigeria. PIA repeals (abolishes in layman’s term) the NNPC Act.”

He added that NNPC Ltd will run like a company with full profit/commercial motive, saying 20 percent of its profits to be retained for its own growth and 80 percent remitted to government as its shareholder.

“There are two things wrong with this information. First, the bases of computation are different. The base for frontier exploration fund (FEF) is profit oil/gas, the base for host community levy (HCL) is prior year operating expenses,” he said.

“Second, the 30% FEF applies only on NNPC’s profit oil/gas, while 3% HCL applies on opex of all upstream companies in Nigeria and there are over 50 of them. So mere comparison of the headline percent without regard to bases and # of companies in each bucket is misinformation.”

30 PERCENT TO FEF WILL NOT COME FROM NNPC PROFIT

He said the statement about NNPC contributing 30 percent of its profits to FEF is wrong.

“There is a difference between NNPC profits vs NNPC profit oil & profit gas. The former is the corporate accounting profit, as in when all its expenses as a company are deducted from its revenues, what is left.

“Profit oil/gas is what is left after royalty, tax and operating cost are deducted from crude oil or crude gas production in any of the contract types above. It’s an upstream thing, so it means profits from NNPC subsidiaries like NGC are not part of it. In short, it’s not the corporate profit of NNPC as group.”

FRONTIER EXPLORATION IS NOT ONLY FOR THE NORTH

“Effectively, the Commission (i.e successor to DPR) will later issue a Regulation to define and say where the “frontier acreages” are. However, it is expected that frontier basins would be part of these frontier acreages and PIA listed Anambra, Dahomey, Bida, Chad & Benue trough as the basins which would be effectively (but not exhaustively) part of frontier acreages.

“From that list, 2 of the 5 determined frontier fields are not in the North. So frontier exploration fund use is not only for the North. Now sounding like I’m defending FG? No, just the law.”

PIA NOT YET IN FORCE

He added that a gazette version of the PIA will be issued to indicate the date of commencement.

Meanwhile, President Muhammadu Buhari has appealed to host communities to look critically into the new law and accept the provisions.