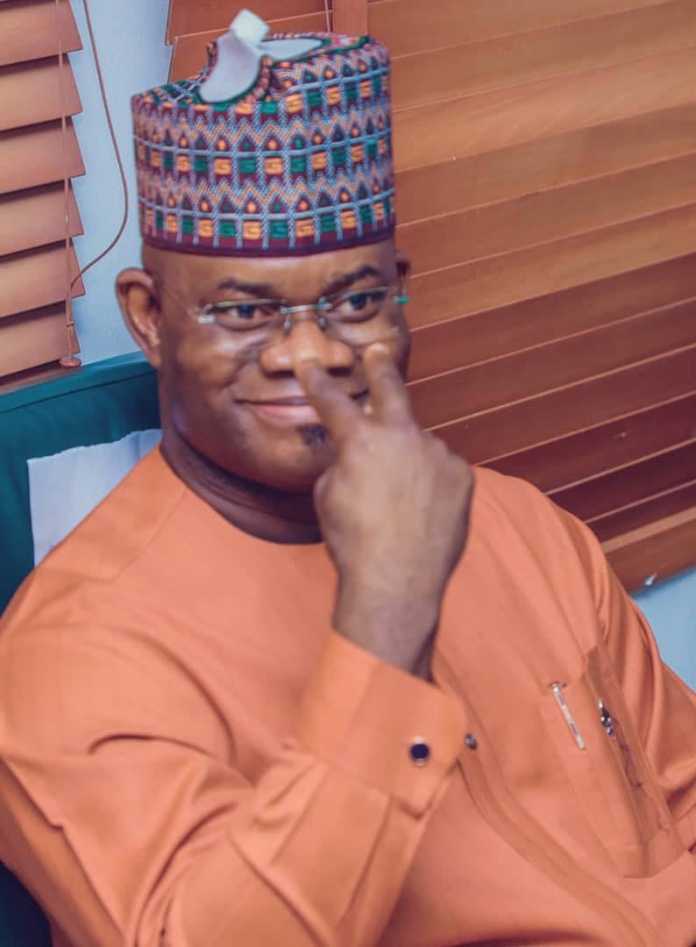 Former’s son, Mr Olujunwo Obasanjo has called on Nigerians to support Gov. Yahaya Bello of Kogi in the governor’s desire to become’s president in 2023.

The younger Obasanjo, is popularly known as Junwo Obasanjo, said that needed a youthful president in the next political dispensation to drive the nation positively.

Obasanjo made the appeal when he paid a courtesy visit on Bello in Abuja on Thursday, according to a statement by the Chief Secretary to the Governor, Mr Onogwu Mohamed.

Obasanjo described the clamour by Bello’s friends and associates for the governor to run for president in 2023 as timely.

He said that had been neglected for a long time in , noting that almost all the elder statesmen in the country, including his father had ruled in their youthful years.

Obasanjo described Bello as a beacon of hope, urging the governor to step up his aspiration to create leadership space for .

“Nigerian have been neglected for too long, despite their numerical strength and huge contributions in the electioneering processes.

“They have been denied space to manifest their aspirations in political decision making for too long.

“The energy and patriotism of the youths can never be in doubt.

“At 35 to 45 years of age, current elder statesmen like Gen. Muhammadu Buhari, Gen. T. Y. Danjuma, Gen. Yakubu Gowon and of course my father, Olusegun Obasanjo were at their best in leadership.

“Total inclusion of youths in governance is a catalyst for fruitful, timely and productive governance template for the people.

“With a Bello presidency, there is no doubt that youths of competence and patriotic valour under the age of 27-30 can be ministers.’’

Obasanjo lauded the governor for his fight against insecurity, infrastructural development drive and proactive leadership in resolving the food blockade crisis.

He, however, charged Bello to remain resolute and unshaken in his audacious push to occupy the seat of power in 2023.

“You must remain resolute, stoic and not give in to intimidation, name-calling or sorts. Your audacity is a big re-awakening to Nigerian youths and this has given us more hope and confidence today.”

Bello thanked Obasanjo for the visit and for his words of encouragement.

He said that at the appropriate time for him to run for presidency, he was sure that youths would give him needed support.