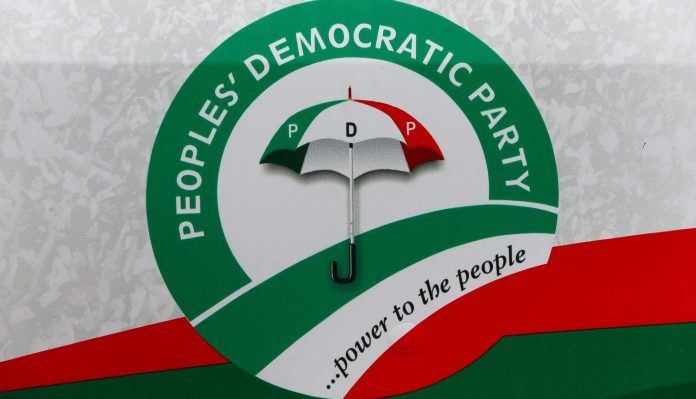 Two of the 17 aspirants seeking to contest in the Peoples Democratic Party (PDP) presidential primaries have been disqualified from the exercise.

Speaking with reporters in Abuja on Friday, Senator Mark disclosed that the committee disqualified the two aspirants seeking its ticket to contest the 2023 presidential election.

The former Senate President disclosed that the disqualified aspirants did not meet up with the requirements for the position they were contesting for.

He added that the two disqualified aspirants are to forfeit the N40 million each of them paid for the expression of interest and nomination forms.

The chairman of the screening panel, however, declined to reveal the identities of the affected aspirants.

NaijaliveTv understands that the screening committee was inaugurated to verify the candidates’ membership and financial status, academic credentials, and other requirements for a presidential candidate as spelt out in the constitution.

National News Saint Mienpamo - June 29, 2022 - 8:32 am 0
Nigeria’s anti-corruption agency, the Economic and Financial Crimes Commission (EFCC) has said that any landlord or landlady that let his or her house to...