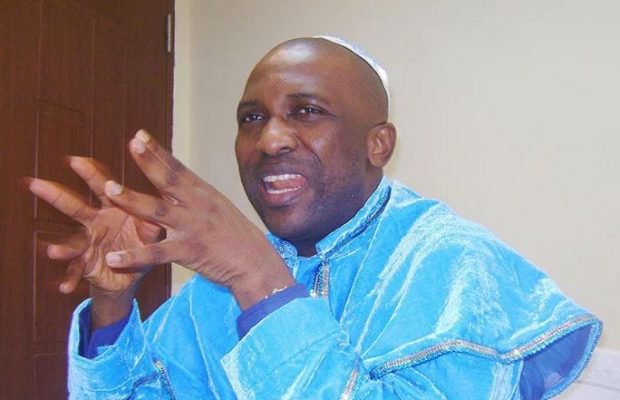 Ayodele disclosed that God told him that Nigeria will be in order if Saraki becomes President.

Kindly Subscribe to this Channel for more interesting News

Speaking with The Sun, Ayodele also said the Peoples Democratic Party, PDP, will defeat any party only if they stay united.

He said, “Saraki will rule for just four years and put the country in order. I am talking as a prophet of God. I said in 2015 that so many things will happen in Buhari administration and it happened. If PDP puts their house in order; that is what will defeat any party.

“If PDP wants to do well, let them be united, and know what they are doing and do the right thing. I don’t belong to any party.”

He also warned that those defecting from one party to another with corruption cases will end up in jail.

“The forefathers of this nation are not asleep; they want to revenge, we have done a lot of blood sacrifice and that is why things are happening like this.

“It is politics everywhere. They are just doing packaging; nobody is talking about anything that is happening to Nigerians, or how they feel.

“I am not giving any opinion; there is poverty everywhere and because of this, people will vote against their conscience because this is the election of the highest bidder. People will not want to vote for the people they want, but they will vote for a temporal bail out, and that will not settle the case,” he said.

The prophet also warned that true federalism will lead to Nigeria’s breakup.

“True federalism will break Nigeria. Wrong practice of democracy and bloodbath will break the country. It will all start when a shocking referendum will be staged,” he added

Jubilation as Itsekiri gets new Olu of Warri designate,...