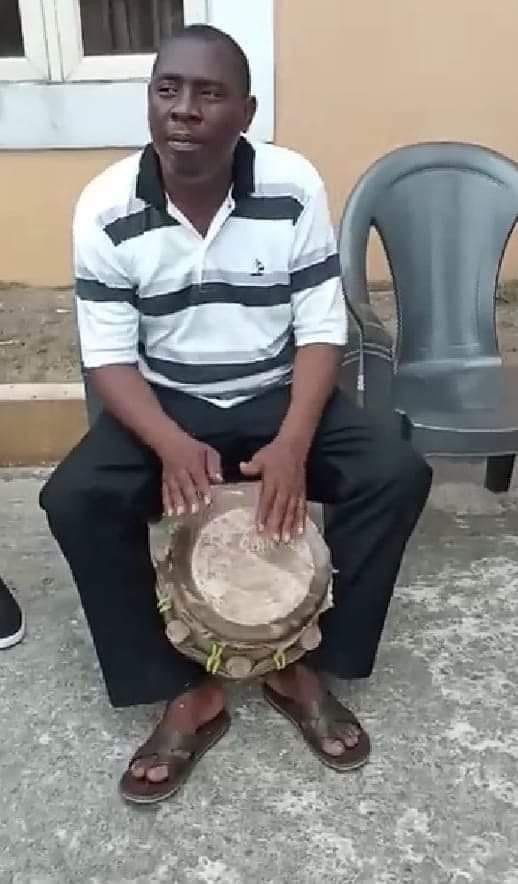 The Bayelsa state APC Chairman, Jothan Amos, has reacted to allegations of attempt to subvert justice at the National Assembly Elections Petition Tribunal, levelled against his party and its member representing Southern Ijaw federal constituency, at the Federal House of Representatives, Hon. Preye Oseke. He reacted in Yenagoa while speaking with some newsmen in his office.

The PDP chairman Moses Cleopas had alleged that there are moves by the ruling All Progressive Congress (APC) to influence the decision of the National Assembly Elections Petition Tribunal, in the petition filed by the Peoples Democratic Party and the immediate past Speaker of Bayelsa State House of Assembly, Rt. Hon. Konbowei Friday Benson against his opponent from APC, Mr Preye Influence Oseke, over election results declared by the Independent National Electoral Commission (INEC) in the Southern Ijaw Federal Constituency election.

In his reaction, Jothan Amos said the allegations from his PDP counterpart are wild and unfounded, as there are no such moves in place, and can never be, at least not from the APC he said. “These allegations are a product of the PDP chairman’s imagination, perhaps hallucination. The PDP candidate in the Federal House of Representatives election, for Southern Ijaw Federal Constituency, Friday Konbowei Benson lost fair and squarely to our candidate Hon. Preye Oseke.”  “Every true son and daughter of Southern Ijaw can attest to the fact that Hon. Konbowei’s 12 years sojourn at the state house of assembly was a disaster and had no bearing on the people of Southern Ijaw. The people of Southern Ijaw rejected him at the polls because he failed them woefully. We don’t need to subvert justice in order to affirm our victory, the facts we laid before the election tribunal speaks volume and we believe our victory would be upheld by the tribunal”

He said the wild allegations by the PDP, has constrained them to be worried going by their antecedents. “Our experience with the PDP has shown that whatever they accuse you of, is actually what they are carrying out against you. As much as we would want to be confident in the incorruptibility of the eminent jurists at the National Assembly Elections Petition Tribunal, we would at this juncture appeal to the conscience of the eminent jurists, to resist any attempt by the PDP and its agents to have them compromised.”

According to the APC Chairman, his PDP counterpart is doing what his party, PDP is well known for; making wild allegations to cover up their sinister acts aimed at perpetrating evil. “With these wild and unfounded allegations, we are sure that the PDP are desperately trying to subvert justice. While we would love to believe in the incorruptibility of the jurists at the tribunal, we are on account of our past experiences with the PDP compelled to appeal to the jurists not to soil their hard earned reputation with  the PDP’s  filthy lucre”

Jothan Amos also cautioned his PDP counterpart, to desist from making unfounded allegations, advising rather that they allow the case that is before a competent court to be treated on its merit, rather than deliberately attempting to pre-empt   the eminent jurists, saying such action amounts to  contempt of the court.

He further asked the public to disregard the PDP chairman’s baseless allegations, saying it is quite a shame that a supposed Pastor would turn himself into an agent of falsehood and mischief, acts that are clearly against the tenets of the Christian faith. He also challenged the academic qualifications of Hon. Konbowei Benson, wondering how he could have obtained his OND and HND in the same year 2003. “The PDP as a party is known for the sponsorship of unqualified and bad candidates. Can Moses Cleopas explain to Bayelsans how one of its celebrated governorship aspirants obtained two corresponding degrees the same year and is without the mandatory NYSC certificate or exemption letter? Bayelsans deserve the best, unfortunately the PDP thinks otherwise but the end of their evil plan for Bayelsans has come.

Uzodinma: Massive protest in Imo over Ihedioha’s removal by...