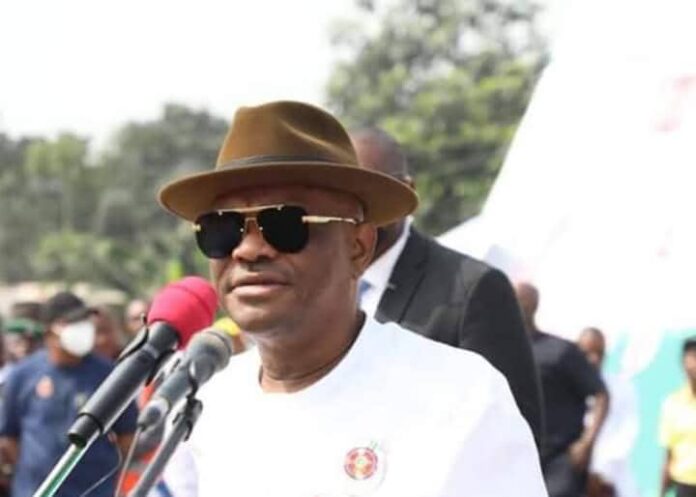 Nyesom Wike, governor of Rivers, says while he was a student, all the male members of his family were arrested over a murder charge arising from a chieftaincy dispute.

He said this on Tuesday night at an event to mark the 65th birthday of Emmanuel Ukala, a senior advocate of Nigeria (SAN),

The governor said he was arrested alongside his “father, uncle, brothers”, adding that it took the intervention of Ukala, who was the family lawyer at the time, to get an acquittal.

“There was a time that the entire family was charged for murder — every male was taken away,” Wike was quoted as saying according to a statement by Kelvin Ebiri, his spokesman.

Wike also said he worked at Ukala’s firm after he finished from law school, adding that it took the senior lawyer’s efforts to ensure that his family “got justice”.

Narrating another experience with his former boss, the governor said when he wanted to contest for the office of chairman of Obio-Akpor LGA in 1998, some “callous politicians in his constituency ganged up and conspired with the police” to accuse him of armed robbery.

He said Ukala intervened and secured his release, adding that the SAN also defended him “from the tribunal up to the Supreme Court when some vested interest in the council desperately attempted” to prevent him from being sworn into office as Obio-Akpor council chairman.

“Throughout my chairmanship matter in 1998, when we had election down to April 4, 2000 when Supreme Court finally decided my matter, he (Ukala) never took a dime, one naira,” Wike said.

“Then my governorship election, most people may not believe it, from governorship tribunal down to Supreme Court, he never collected one dime.”

He described Ukala as a “refined and discipline lawyer”, and praised him for being a “worthy mentor”.