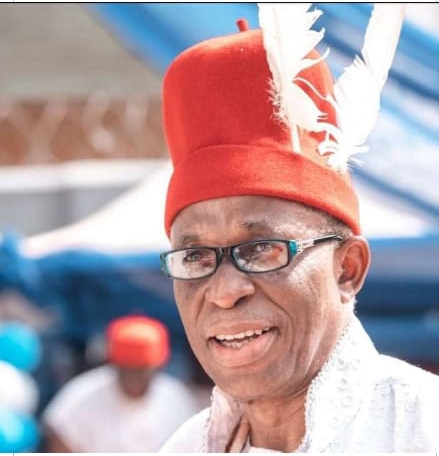 Following the sad demise of One of Anambra reputable monarch, His Royal Highness, Igwe (Prof.) Augustine Ikechukwu Obiekezie, Adama Adazi-Nnukwu, the Adazi-Nnukwu cabinet has released a press statement notifying the general public of the sad development.

According to the statement, Igwe passed on to glory on Wednesday 7th July, 2021, in the warm presence of his family.

DeErudite media gathered that the late Igwe passed as a result of colon cancer which he battled for about 2 years. Colon cancer is the type of cancer that begins in the large intestine (colon), which typically affects elderly people.

The late Adama was a Professor of Aquatic Pathobiology specializing in tropical aquaculture pathology. He performed his first duty as a monarch on August 2016 when he presided over the Uwa Ji festival of the town.