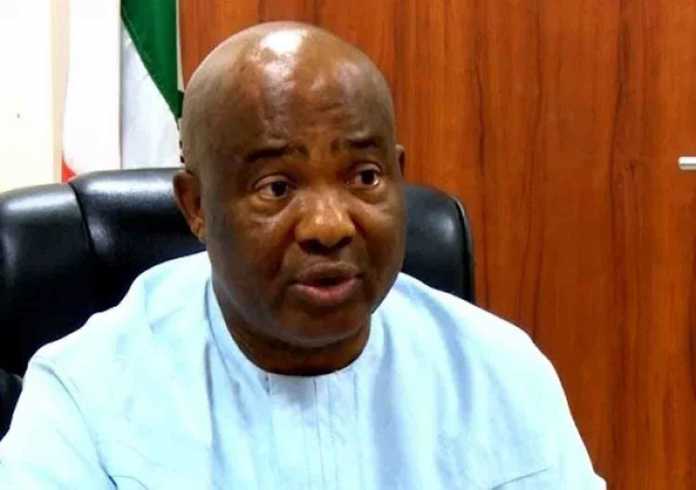 Jubilation has taken over the political atmosphere of Imo state, after the supreme court declared Senator Hope Uzodinma, of the All Progressives Congress, APC, authentic winner of the 2019 governorship election.

NAIJA LIVE TV observed on Tuesday, in Owerri, the celebration mood was high as some people were seen discussing it happily.

Uzodinma won at the supreme court while challenging the declaration of the outgoing governor of Imo, Emeka Ihedioha, who was declared winner of the 2019 Guber election by the Independent National Electoral Commission, INEC.

Though it was also observed that members of the Peoples Democratic Party, PDP, who were at some point waiting to start celebration were suddenly shocked by the verdict of the supreme court.

However, some people have called on Senator Uzodinma, to ensure continuity in governance and introduce his quality programmes to make life suitable for the people of Imo state.

While other political analysts have urged him (Uzodinma) to see his victory as a victory for Imo people and try to bring genuine experts in his style of governance.

Uzodinma was advised not to follow antagonist pattern of governance and that he should concentrate on providing for the people of the state their welfare.

Speaking to NAIJA LIVE TV the Director of Media and Strategy to Senator Hope Uzodinma, said: “Senator Hope Uzodinma will address Imo people by tomorrow. We will like to tell you that the stolen mandate of Imo people have been recovered and Ndi Imo are happy again. By the time he’s sworn in he will be addressing the good people of Imo state.

Also a chieftain of APC, in the state, Vitalis Ajumbe, said: “I congratulate Senator Hope Uzodinma and all APC members for the victory. Imo State has come back to APC where it originally belonged.

“People who called Rev. Mbaka names as a false prophet should now apologise to him publicly. Mbaka prophesied it and it has come to past. The highest court in Nigeria has said it and there is no going back. Congratulations  to Senator Hope Uzodinma and His Deputy, Prof. Placid Njoku.

“Emeka Ihedioha tried his best. He fought like a lion. He outsmarted his opponents in the last governorship election. He should take it as a sportsman. Age is still on his side. He may one day be the Governor of IMO State. God bless Imo State.”

However at the time NAIJA LIVE TV called the Imo state Publicity Secretary of the Peoples Democratic Party, PDP, Damian Opara, he did answer his call and he did not return the calls.

A source said: “The PDP, will adequately respond to the supreme court judgement but not now.”

“I was not attacked, only my car was smashed,” Hope Uzodinma breaks silence

Tenant Catches Landlord In Bed With His Wife, Kills...