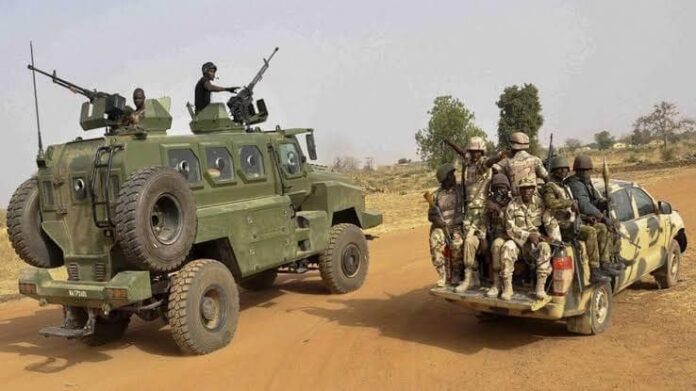 The troops of 25 Task Force Brigade on Friday repelled a terrorist attack on Damboa town in Borno State.

The troops were said to have overpowered militants from the Islamic State-backed faction of Boko Haram, the Islamic State West Africa Province (ISWAP), in a gun battle, forcing them to flee.

The insurgents had reportedly stormed the town around 6:35 am, shooting in all directions.

This created tension among residents but troops reportedly engaged them in a heavy shootout, forcing them to retreat.

A source said the terrorists were first sighted around Mandara Garau on Thursday while converging in a large number of trucks.

He said the plan was to attack a transit camp for ‘repentant’ fighters in Sabon Gari, Damboa