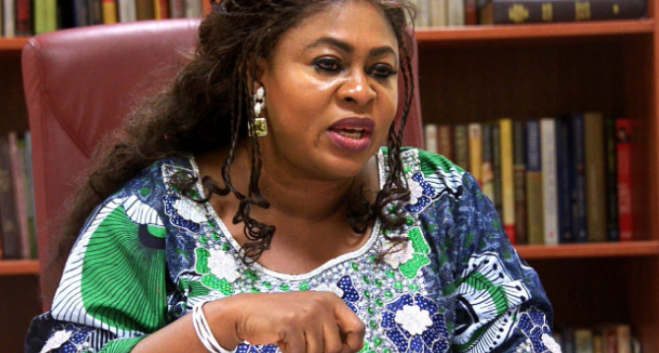 The Economic and Financial Crimes Commission (EFCC) has again failed to arraigned Stella Oduah, former minister of aviation, over allegations of financial fraud.

The federal high court fixed Monday for the arraignment of the former minister following her absence in court on February 9.

Hassan Liman, counsel to the EFCC, had told the court that the Oduah was yet to be served with the court processes.

But at the session on Monday, Liman told the court that the commission is yet to serve the fifth and sixth defendants with the court processes.

He prayed for leave of the court to serve the defendants, which are corporate bodies, at their respective addresses.

Inyang Ekwo, the judge, granted the leave sought directing that the defendants be served within 14 days.

The arraignment has been fixed for April 19.

Oduah, now a senator representing Anambra north senatorial district, is to stand trial alongside eight others in a suit with the number: FHC/ABJ/CR/316/20.

The anti-graft agency is alleging that Oduah misappropriated public funds while serving as a minister.

I Am Ready To Resign If That Will Bring...