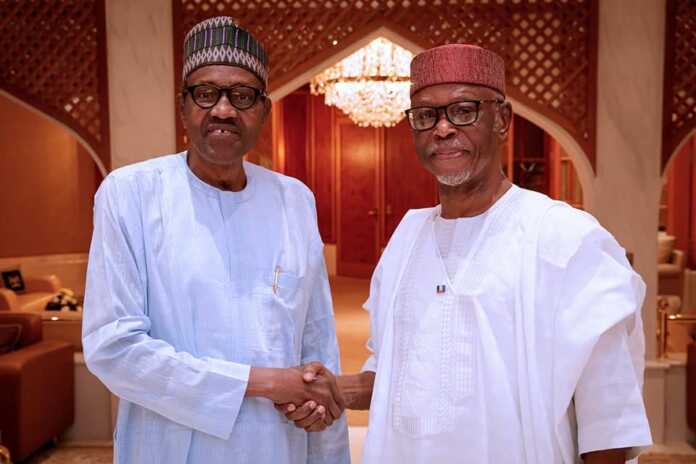 President Muhammadu Buhari has appointed a former national chairman of the All Progressives Congress (APC), Chief John Odigie-Oyegun, as chairman of the University of Ibadan (UI) governing council.

Oyegun was chairman of the APC when Buhari was elected in 2015.

Similarly, the President reconstituted the governing councils of the University of Port Harcourt (UNIPORT), University of Lagos (UNILAG), Obafemi Awolowo University (OAU), Ile-Ife, and the Maritime University in Delta state.

Buhari’s approval was contained in a statement issued on Thursday by the permanent secretary of the federal ministry of education, Sonny Echono.

The statement said the President also appointed Sen. Andrew Uchendu as chairman of the University of Port Harcourt.

He said all the five universities’ governing councils would be inaugurated in Abuja by the minister of education Adamu Adamu on April 19.

Echono urged the vice-chancellors of the affected universities to attend the inauguration ceremony.