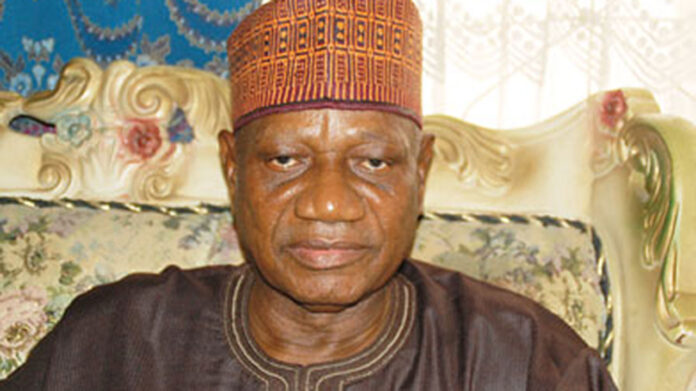 Senator Alex Kadiri, a member of the All Progressives Congress (APC) represented Kogi East at the Senate between 1999 and 2003. In this interview with JOHN AKUBO, he blamed the docility of members for the crossroads the party has found itself, saying that President Muhammadu Buhari’s singlehanded appointment of the caretaker committee without input from any party organ is an anti-party act.

What is your reaction to the decision of the Supreme Court that suggested that APC’s caretaker leadership is in error?
That Jegede did not join Mai Buni in the suit is the party’s saving grace. If he had joined him, that is where the trouble would have started for the APC. That tells you one story that even senior advocates do not tidy their own cases properly. Jegede as a Senior Advocate of Nigeria did not tidy his case up properly. Jegede should have known that he ought to have joined Buni. That lacuna was there and that is why he lost.

My view about this Caretaker Committee is that President Muhammadu Buhari just sat in his office and appointed people; no party organ was involved in making the committee come into existence. That is in itself is anti-party. Adams Oshiomhole was not good yes, but the way the committee came to be was wrong. Since it was the President that proclaimed it, we all kept quiet. How can Buni be chairman of APC and be Governor of Yobe State? When it is in the constitution of our party that a Governor cannot hold two executive positions. If this matter is pursued to the end, everyone elected during Buni’s caretakership would have their election declared null and void.

I am surprised that the judges of the Supreme Court had 4 to 3. I don’t know what the four were thinking. They will probably be saying, ‘If I deliver this judgment, the President would be upset.’ That is the problem with the blackman. The contraption called APC Caretaker Committee is illegal.

APC is my party but we keep doing the wrong thing. Look at Kogi Governor, Yahaya Bello too, wanting to be President. I had led delegations to the Vice President where the secretary to the Government was present with the chief of staff, I made a presentation of 45 minutes. They set up a reconciliation committee to settle Yahaya Bello and I. He did not show up and when the Committee went to meet him in the State after telling him they were coming, they arrived Lokoja to hear that he left town. General Garuba from Niger was chairman. Members of that committee got to Lokoja to find out that the young man did not want to see them. They returned to write a nasty report about him. What has the party done about it? Nothing.

Last week Rotimi Ameachi called me, I spoke with him for more than 50 minutes and told him, ‘You and Tinubu, you are wasting your time; there may be no APC in 2023 the way we are going.’

He ask why, I said take example from Kogi State where I come from, the Governor was foisted on us by the powers-that-be from Abuja. Bello did not win election in Kogi State.

What is the way forward with Anambra Election at the doorstep?
Is there APC in Niger right now; is there APC in Zamfara, Kogi, and Niger states. Look at what is going on in Imo. Are you counting these States as part of States held by APC?

What of those jumping from PDP to APC?
They know why they are jumping the boat. Protection. They know that those who left before to join APC had all their sins forgotten. Orji Uzor Kalu went to prison but he was brought back; the court struck out his case. He is back in the Senate as the chief whip. You see the trouble in this country? Akpabio won election while in PDP because Attah made sure the thing shifted from Ibibio to him in Ikot Ekpene. He was Governor for eight years. He was receiving the largest allocation from the federation account; most part of that money is in his pocket. Then he comes, join APC and they made him Minister of Niger Delta.

If he did not join APC, by now he should have been like Joshua Dariye.

So, what is the way forward for APC?
The way forward for APC is APC. They have to clean the House. You cannot be going around with soiled mouth and hoping that people will not talk? I have just told you the States that are being controlled by APC right now, which the party can never win except through the force of arms.