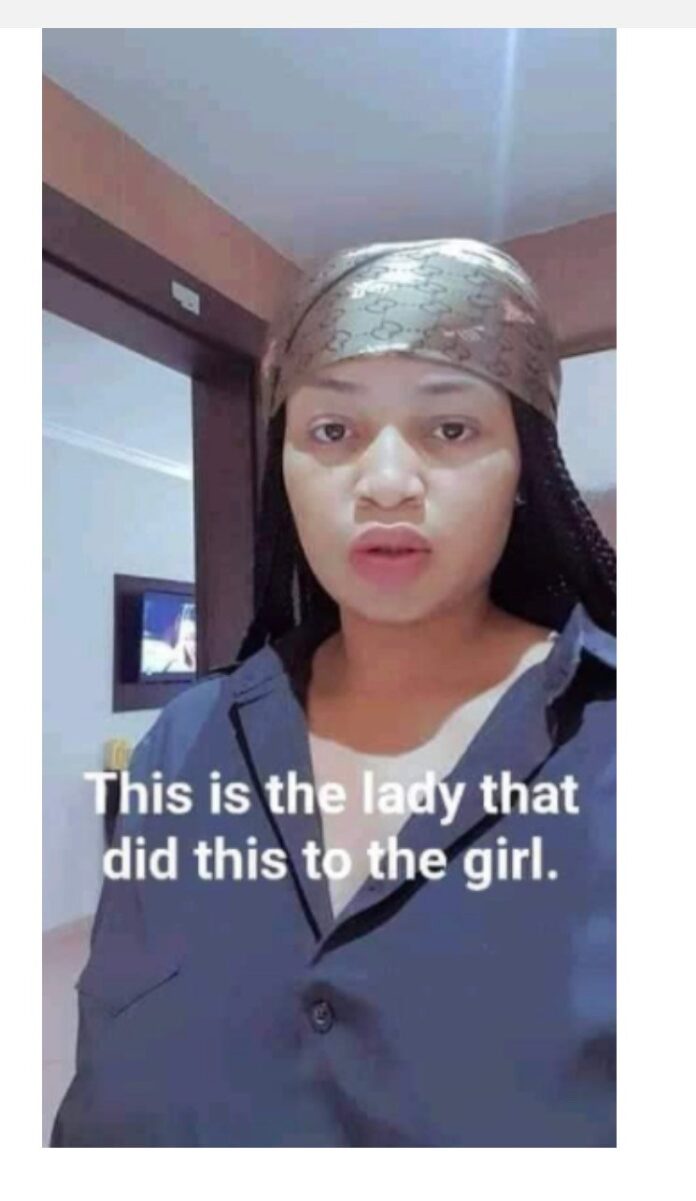 The Police Command in Abia state said it arrested one Mrs. Zazi David for pouring her 10-year-old maid identified as Ifunanya, hot water mixed with pepper.

The command’s spokesperson, Geoffrey Ogbonna, who confirmed the incident to newsmen said the suspect also forced the girl, to drink the hot, peppery mixture because she broke a plate.

According to him, the suspect had abused the girl on several occasions, leaving her with visible cane and burn marks on her body.

Widow gets one year jail term for causing husband’s death

He further noted that the suspect was eventually exposed after this recent incident which left the young girl with burns on her lips, shoulders, and on her back.

“Afraid that the girl may die or develop an infection, the suspect took the girl to a nearby chemist who advised her to take the girl to a hospital.

“When she refused, the chemist raised alarm exposing the suspect which eventually led to her arrest,” he added.

Ogbonna assured that the suspect will be prosecuted upon conclusion of the investigation.

Investigations SAINT MIENPAMO - September 26, 2021 - 7:43 am 0
…Tension in Bayelsa as Police thwart attempt There is rising tension in Yenagoa, the Bayelsa State capital after a failed attempt to allegedly steal the...

Sports News SAINT MIENPAMO - September 26, 2021 - 7:00 am 0
Oleksandr Usyk shook up the heavyweight division to become a two-weight world champion with a unanimous points decision win over Anthony Joshua for the...

Investigations SAINT MIENPAMO - September 26, 2021 - 6:26 am 0
There was a protest at the Biogbolo area of Yenagoa, the Bayelsa State capital on Saturday over the death of a 27 years old...