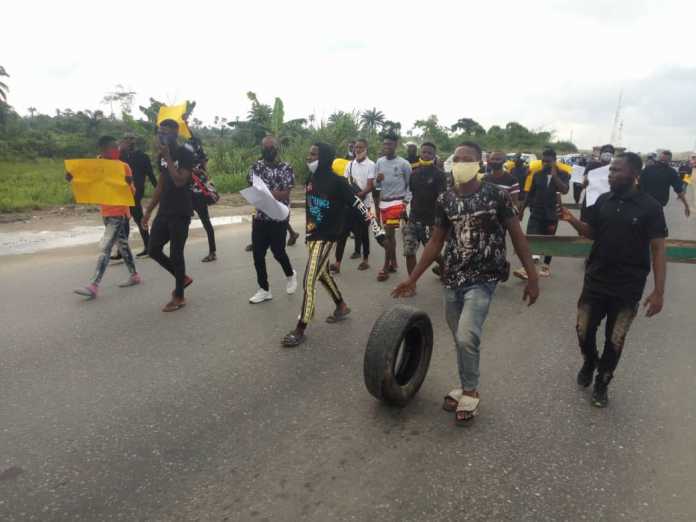 Concerned beneficiaries of the Niger Delta Amnesty scholarship program has come out to disclose the sole reason for their unceasing protest and particularly the one done earlier today.

In a statement acquired by NAIJA LIVE TV from over 1061 PAP delegate protesters today. the group relay that many of them are already dropping out as the government has denied them their entitlements since the past 28 months.

They further pleaded the government and concerned individuals and bodies to pay up their owed 28 months stipend before more damages gets wrecked upon them.

“We the concerned Niger Delta unpaid PAP students from the regions of Bayelsa, Delta, Rivers ,Edo, Ondo and Akwa Ibom, wish to plead with the presidency to stop the constant malignation and intimidation that we have constantly faced for over three years.”

The statement concludes that:

“All angles to reach out through dialogue, consolidation to the required authorities was to no avail, hence we are now forced to embark on this protest in other to tell the world how some of us are now dropping out of school due to financial constraints. We are now pleading with the relevant authorities to give heed to what we deserve by paying us all our 28 month stipends and other entitlements attached to it and which we duly deserve.

SEE MORE PHOTOS OF THE PROTEST….