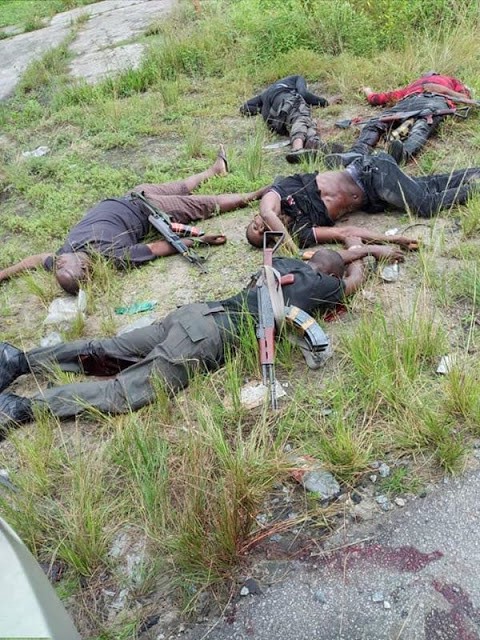 The Civil Liberties Organisation (CLO) has confronted the Inspector-General of Police, Mohammed Adamu, and the force hierarchy over their alleged silence in last week’s killing of Seven Policemen attached to the Bayelsa State Command by some unidentified Federal Special Anti-Robbery Squad (FSARS) operatives in Ughelli, Delta State.

In a statement issued by CLO, they are worried just like other person’s over the lack of proper investigation into the killing.

According to them, this is fueling a conspiracy theory that there could be more to the story than what has been told.

The statement was signed by Bayelsa State Chairman of the organisation, Mr. Nengi James-Eriworio.

Furthermore, the group said the “silence of the IGP and that of the two police commissioners of Delta and Bayelsa is unacceptable and unsettling.”

The activist group described the situation as a “sad development to the deceased’s families and Bayelsa State where they hailed from.”

The group laments over the fact that till today, it is sad that the IGP will remain silent over such an incident.

According to the group, It is a disappointment that the police authorities will keep mute over the murder of these seven officers.

“We are still wondering how the seven policemen were killed without the so called unidentified Federal SARS team recording any casualty on their part.

We are suspicious of the whole incident.

It is also difficult to accept that they were killed, and their rifles still left with them.

We really doubt the circumstances surrounding the killing of these seven policemen.”

Therefore, we are calling on the police IG to react to this issue as a matter of urgency.

The group further stated that whether the policemen were shot dead rightfully or wrongly, their deaths must be investigated.

We the CLO is yet to be convinced that something is not fishy in this event.

We believe that the silence is a ploy to cook up a suitable story to tell the general public and the diseased families.

As a group, we are not saying we know what happened, but what we are saying is that, these slain policemen have rights (to fair hearing) until found guilty.

As a matter of fact, the incident is questionable.”

The group further likened the killing of these seven officers to the scenario that played out when the alleged kidnap kingpin, Bala Hamisu (popularly known as Wadume), was rescued by some military personnel who slaughtered officers of the IGP special team that were detailed from Abuja to arrest him in Taraba State.

Obaseki vs Ize-Iyamu: No free dollars for you to...