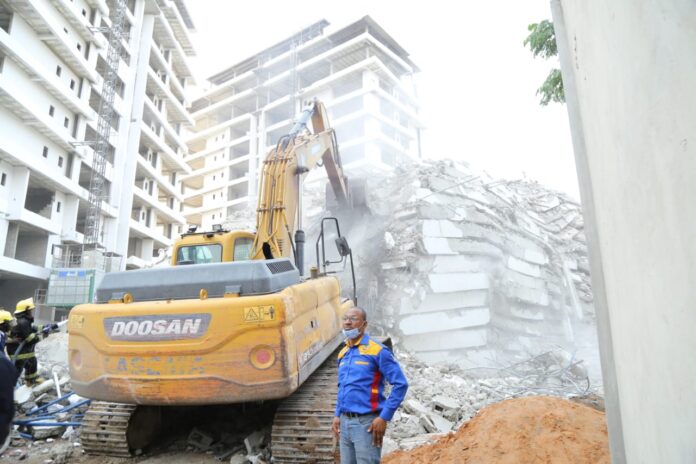 Gbolahan Oki, general manager, Lagos State Building Control Agency (LASBCA), says the owner of the collapsed 21-storey building under construction in Ikoyi was given approval to construct only 15 floors.

Speaking to NAN on Monday, Oki said the owner of the property had been previously arrested, adding that he would face the law because people have died in the building collapse.

“He got an approval for a 15-storey building and he exceeded his limit. I am on ground here and the materials he used are so inferior and terrible,” Oki said.

“The materials he used, the reinforcement, are so terrible. He got approval for 15 floors but built 21.

“I think he has been locked down. He has been arrested before now.”

“We are still here and have four machines working as at this moment,” he said.

A witness had said the owner of the building was also trapped in the rubble.

Meanwhile, at least 50 people are said to still be trapped in the collapsed building.

The building, located at 20, Gerrard road in Ikoyi, was scheduled to be completed in 2022.