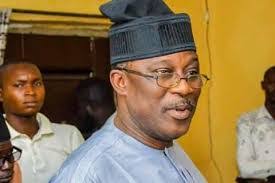 The ability to reason beyond pettiness of mundane considerations and sentiments, is what defines and distinguishes an individual.

Advancements in science and technology have both their positive and negative effects on contemporary human society. The invention of the Social Media, like any other technological breakthrough, has its pros and cons. Nobody will convincingly argue that it has not been quite useful in the purpose of communication. On the other hand, it has almost made falsehood assume the position of a norm.

The capacity to distinguish between truth and falsehood is a clear manifestation of both good education and natural intelligence. This capacity, being a rare attribute of man, is not and will never be possessed by all, no matter how one pretends to be knowledgeable and intelligent.

The worst exposure of one’s poor state of intellectual maturity and mental stability is when one rushes to a preposterous conclusion on an entirely non-existent issue.

Any broadly educated person knows that many things bandied about on the Social Media could, as time has proved, be completely false. Therefore, any person that is worth his salt will do a thorough investigation before relying on any news item emanating from the Social Media.

Apart from being a three-time ranking Senator of the Federal Republic of Nigeria, representing Kogi-West Senatorial District in the Nigerian Senate, Mr Smart Adeyemi had served as President of the Nigerian Union of Journalists.

If there are persons expected to objectively appreciate news items contained on Social Media before using them as authentic source of information, Smart Adeyemi should be prominent among them.

Based on assumption of good exposure, it is heartbreaking to watch the Kogi-West representative use the Hallowed Chambers of the Nigerian Senate today to rain unwarranted and unjustifiable abuses on the revered assiduous peace-loving Governor of God’s own State, Okezie Victor Ikpeazu, Ph.D.

What could he claim Governor Okezie Ikpeazu did to him for which he directed attacks at him that could only have stemmed from poverty and crudeness of family upbringing?

Nothing he could hold his hands on except, most unfortunately unexpectedly, a false report on Social Media that erroneously claimed that Distinguished Senator Enyi Abaribe, a very urbane personality, attacked the Governor of his State, Mr Yahaya Bello and it was reported on a Social Medium.

It is quite shameful and purely debasing that Mr Smart Adeyemi, who before now had been assumed to be intellectually developed and sane, could condescend to this very low valley of both intellectual insufficiency and moral bankruptcy.

Let us even assume, without in the least conceding to the lies and vagueness inherent in the report , that the fake Social Media report that Distinguished Senator Enyi Abaribe had attacked Governor Yahaya Bellowas true, should that have prompted an adult like Mr Adeyemi, even if he is not properly intellectually groomed, to use the floor of the Senate, a Chamber that is sacred in other climes, to disparage innocent Governor Okezie Victor Ikpeazu, Ph.D?

If Mr Adeyemi has any conscience left in him, he should use the same venue he had used in attacking Governor Okezie Ikpeazu to convey his apologies to the Governor. It is, however, most likely that Mr Adeyemi does not have the privilege of growing up from a background that is synonymous with discipline and, so, may not know the value of tendering an unreserved apology to a gentleman he has hurt without any justification.

Kogi Govt to EFCC: Your fresh media trial clearly shows desperation to tarnish our image ….‘Like Sterling Bank affair, you will embarrass yourself’ –...