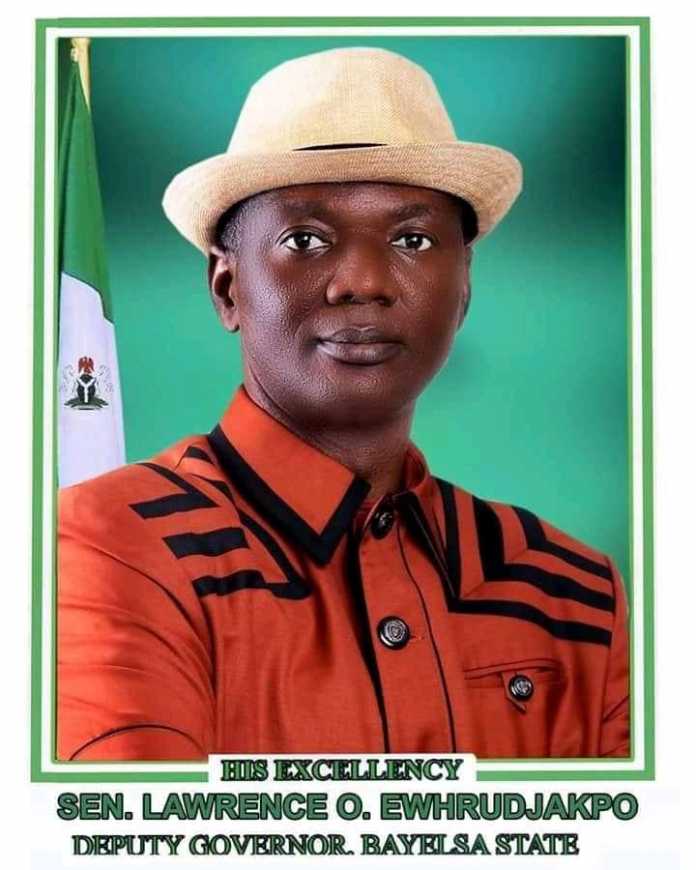 The governorship election petition tribunal sitting in Abuja had issued a subpoena duces tecum against the deputy governor of Bayelsa state, Mr. Lawrence Ewhrudjakpo, the fourth respondent in the petition filed by Vijah Eldred Opuama, candidate of Liberation Movement (LM) to present the original copy of his National Youth Service Corps (NYSC) certificate with serial No. 139708 dated 2 February 1998 in the name of Ewhrudjakpo Lawrence O., before it at the hearing of the petition. It will be recalled that Mr. Lawrence Ewhrudjakpo had earlier maintained that his certificate is genuine and emanates from NYSC.

The deputy governor has informed the tribunal that the subpoena issued against him to tender the original of his NYSC certificate, is a subtle way to self-incriminate himself. The deputy governor, through his lead counsel, Chukwuman-machukwu Ume, SAN, is among other things, asking the tribunal to set aside the subpoena issued on the ground that it is intended to spite the office of the deputy governor of Bayelsa state insisting that the said subpoena is an abuse of court process. This is contained in an affidavit in support of his motion on notice dated 15 May 2020 and filed on 17 May 2020.

The petition which also listed the Independent National Electoral Commission, Peoples Democratic Party, and Sen. Douye Diri as first, second and third respondents respectively is adjourned till 1 June 2020 for hearing.

Election Petition: PDP in dismay as Ewrhudjakpo develops cold feet …insists the petitioner wants him to incriminate himself

Bayelsa Guber: Senator Lawrence Ewhrudjakpo and the troubles ahead

Another coronavirus patient gives birth to twins in Lagos...