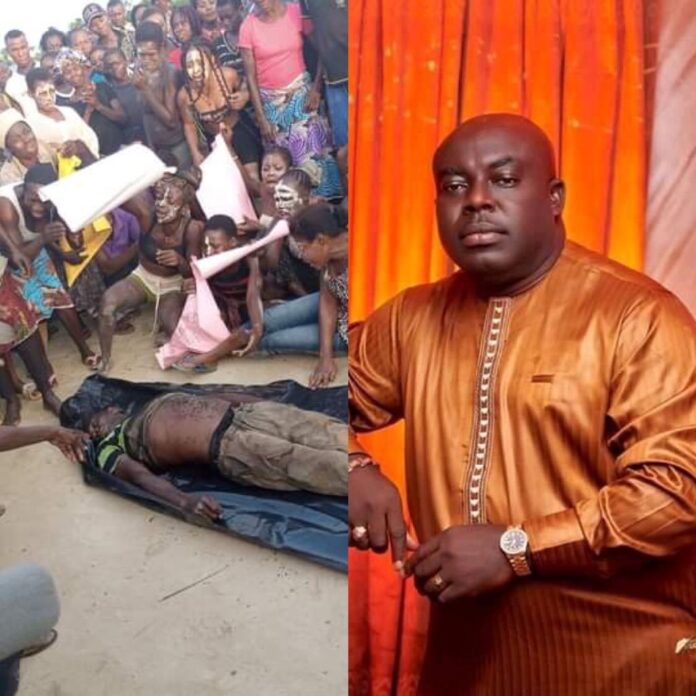 ….We are not also involved in the Clash between a military gunboats & indigenes of Igbomatoru community – MLJ

The Founder & President of MLJ Marine Oil & Gas limited, Amb. Mpakaboari Longjohn has also debunked reports of masterminding a shootout between the military authorities and youths of Igbomotoru community in Southern ijaw local government area of Bayelsa State that led to the death of a 38yrs old father of Five Children

NAIJA LIVE TV earlier reported that, a security consultant with Darlon Oil & Gas Limited, who craved anonymity, stated that the company or its personnel are not involved in the shootout that occurred on Friday between the military and youths from Igbomotoru community.

“It was a clash between a pipeline contractor and his workers. He was going to repair a pipeline when the incident happened.

“Darlon is not involved, please disregard the story. It is fake news. Staffers of Darlon did not even go for patrol on Friday,” he said.

Reacting to the report, the President of MLJ Marine Oil & Gas limited, Amb. Mpakaboari Longjohn has threatened NAIJA LIVE TV over the publication that exposes the killing of the 38yrs father of five children in Igbomotoru.

“As reported by NaijaLiveTV “Darlon Workers did not even go for patrol on last Friday that this incident occurred” leaving a false report behind, where they said community Source told them that the company that went for the pipeline repair works in Igbomatoru community is MLJ marine oil & Gas.”

“During our operation, we are always on a Joint intervention Team (JIV Team) if such incident has occurred I believe all security operatives will be aware & ready to take necessary action.”

“We (MLJ Marine oil & gas ) are giving NaijaLiveTV 24hours to provide evidence of our operation during the incident otherwise they will face the wrath of the law for false report.”

“We also want to use this medium to sympathize with the family of the deceased & also the community “ – Amb. Mpakaboari Longjohn (Founder & President of MLJ Marine)”

House Of Reps Direct AGIP To Suspend Surveillance Contract Of Darlong Security, Others