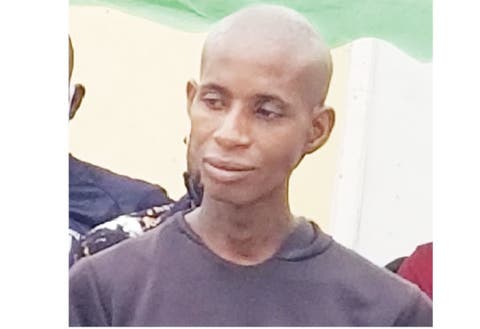 A suspected member of a kidnap gang, Musa Umar, has narrated his role as the executioner of the criminal group.

Umar, 22, was paraded alongside his gang members and other suspects in Abuja on Wednesday by the Force Public Relations Officer, DCP Frank Mba.

The suspect revealed that he joined the gang in Kaduna about three years ago, adding that his duty was to kill kidnap victims.

The suspect, who spoke in Hausa, disclosed that he had so far killed three men and two women, all from Katsina State.

Speaking through an interpreter, he said, “I am a farmer and also a kidnapper. I was engaged to kill victims by my gang members and so far, I have killed five persons. They comprised three men and two women, and they were all from Katsina State.”

Meanwhile, the Federal Capital Territory Police Command said its operatives had so far arrested 24 suspects and also recovered various items from them ahead of the Sallah celebration.

Parading the suspects on Wednesday, the FCT Commissioner of Police, Bala Ciroma, stated that four locally-made pistols, one Dane gun, one revolver, pieces of ammunition and 26 phones and 22 SIM cards, among other items, were recovered from the suspects.

He assured residents that adequate security measures had been put in place to ensure a hitch-free celebration in Abuja.

Ciroma said, “In view of the subsisting COVID-19 guidelines, the command urges members of the public to adhere strictly to the COVID-19 protocol at the Friday prayer in mosques in their respective areas.

“I wish to also assure FCT residents that in tandem with our commitment to protecting lives and property, the command has deployed proactive crime detection and preventive measures to beef up security across the FCT.”

Corruption in Nigeria: We’ll go after anyone involved –...

Side-chick jumps from window after wife of the man...