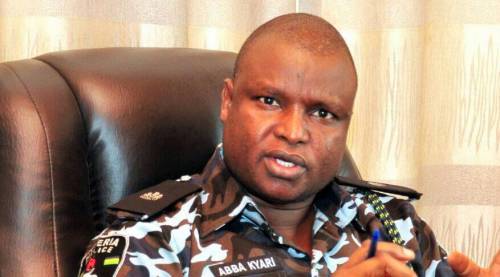 The embattled Deputy Commissioner of Police, Abba Kyari, has claimed that members of the Indigenous People of Biafra (IPOB) and Eastern Security Network (ESN) are behind his travails.

Kyari made this claim when he appeared before a probe panel led by Joseph Egbunike, a Deputy Inspector-General of Police (DIG) at the Force Headquarters, Abuja, Daily Trust reports.

In a report submitted by the panel to the Inspector-General of Police, Usman Baba, which was in turn forwarded to the Police Service Commission (PSC), Kyari said the outlawed IPOB and its security wing, ESN, were after him due to the onslaught launched against them in the South-East.

Kyari, who did not deny violating social media rules of the Nigeria Police Force (NPF), was berated by the panel for the fact that the officer had been warned against the same practice previously.

“It is a campaign to smear his reputation by members of IPOB/ESN who vowed to destroy him, due to his onslaught against them in the South East,” the embattled ‘super cop’ was quoted to have said in the report.

The United States Attorney’s Office, Central District of California, had issued an arrest warrant against Kyari for his alleged links to the suspected fraudster, Ramon Olorunwa Abbas, alias Hushpuppi, who is standing trial for various offences that include internet fraud and money laundering.

Hushpuppi has since pleaded guilty to the charges and, if convicted, risks a 20-year-jail term, three-year supervision upon completion of jail term, and monetary restitution to the tune of $500,000 or more.

The court documents also outlined a dispute among members of the Hushpuppi conspiracy, which allegedly prompted him to arrange to have an individual identified as ‘co-conspirator’ Kelly Chibuzor Vincent, jailed in Nigeria by Kyari.

According to the affidavit, “Kyari is a highly decorated deputy commissioner of the Nigeria Police Force who is alleged to have arranged for Vincent to be arrested and jailed at Abbas’ behest, and then sent Abbas photographs of Vincent after his arrest.

“Kyari also allegedly sent Abbas bank account details for an account into which Abbas could deposit payment for Vincent’s arrest and imprisonment.”