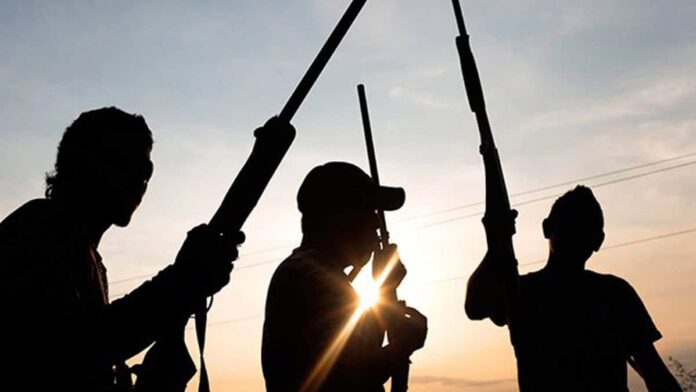 A driver with Hartland Construction Company simply identified as Buhari and two police officer were on Tuesday allegedly shot dead by gunmen in the process of kidnapping an expatriate along Benin-Auchi express way in Edo state capital.

It was gathered that the driver and the police officer were coming from the Benin airport where they went to pick the expatriate when the gunmen suddenly appeared from the bush and opened fire on the vehicle.

The driver and the police officer were alleged to have died on the spot while the expatriate was whisked into the bush by the unknown gunmen. The expatriate was said to have been on leave but came back to the country some days ago to resume work.

The driver who hails from Jattu, Etsako west local government was said to have been buried immediately according to Islamic rite.

Responding to the state commissioner of police, Philip Ogbadu, who confirmed the incident said the two officers however survived the attack.

He said the incident happened after Ahor and not Ogbemidia farm.

Niger: Bandits kidnap District Head, two wives as expatriates abandon Zungeru Hydro Dam
“It happened, the driver conveying a white man being escorted by two police men were shot at, the driver died but the officers held on to their riffles and they survived.

“The only thing is that the white man was taken away.”

He explained that the style the kidnappers use is that on sighting a vehicle and will immediately open fire so that they can force the vehicle to a stop.

POS operator arrested in Edo for collecting ransom for kidnappers