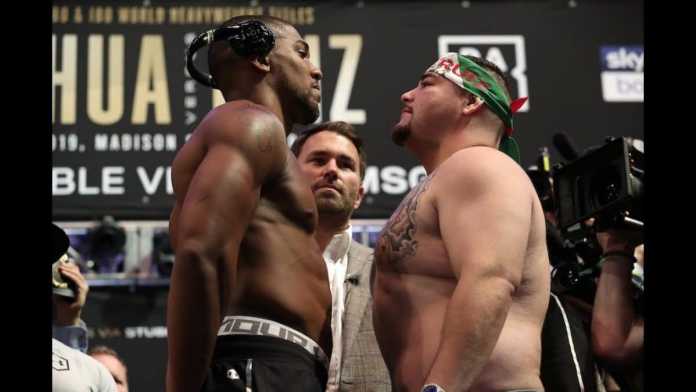 Anthony Joshua’s promoter, Eddie Hearn has made it clear to Andy Ruiz Jr that their rematch will absolutely take place in Saudi Arabia.

Joshua invoked a rematch clause which was part of Ruiz Jr’s original contract for their first fight on June 1 after he lost his IBF, WBA and WBO belts to the Mexican.

Hearns insists that as a result, details of the rematch do not need to be agreed in fresh negotiations.

“The contract for the rematch was signed prior to the first fight.

“They are both signed at the same time. There is no other contract.

“We have to let [Ruiz Jr] know the time, date and venue which we have done. That’s it.

“They are contractually bound for the rematch.

“There are no conversations between the two teams about not doing the fight. I don’t perceive a problem.

“He signed a contract with us that he was absolutely over the moon with, that gave him the opportunity of a lifetime. He will 100 per cent honour that contract.

“His choice is to have a legal battle that could put him out of boxing for years, or to defend his belts for a lot of money against a guy he has already beaten. There isn’t any doubt he will take the fight,” Hearn told Sky Sports.

Keyamo hails Anthony Joshua for prostrate before Buhari in London