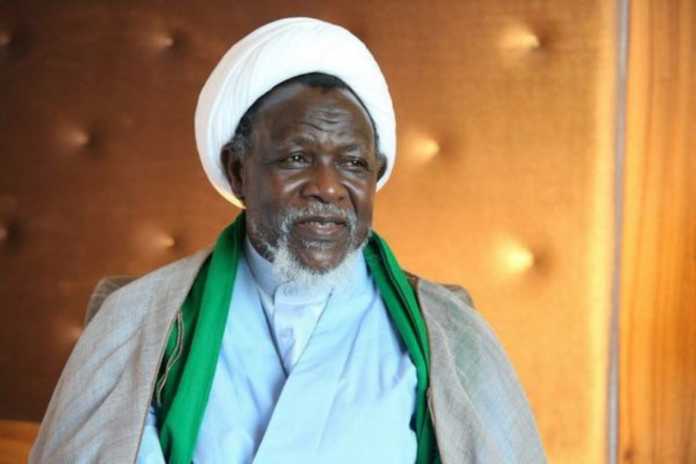 The image painted by Suhaila the daughter of Ibraheem El-Zakzaky, the leader of the Islamic Movement in Nigeria, IMN, while giving updates on her father’s medical condition, was frightening.

She told newsmen that she was afraid of her father’s medical condition, noting that his organs would fail anytime.

Her words, “I am really worried… especially because of the lead and cadmium poisoning.

“His doctors say if he gets to a certain level his organs could start failing and that’s really scary because that means he could just die at any moment.”

However, her position aligned with the statements of about 184 doctors from 7 countries that wrote Buhari over El-Zakzaky’s immediate transfer to a well-equipped hospital.

According to them, “We, doctors of different nationalities cannot take the health of any human for granted. This is something that is inherent in our obligation as doctors. Ignoring the critical health status of Sheikh Ibrahim Zakzaky can end up in irreparable consequences.

“We request the government and parliament of Nigeria to immediately transfer him to a well-equipped hospital to prevent any unfortunate incidents.”

But from the video obtained by Vanguard today, El-Zakzaky looked strong and energetic as he smiled while narrating in sequence events that made up his life in Nigeria.

His words,”I have been about four years in prison now; a house fully furnished. In fact, our next neighbor was the senate president; a large house. I was free to move about. Similarly, when they moved me to Kaduna I was in the best area – government reserved area.

“It is a house fully furnished with large bedrooms and I was free. I have never been in detention with police there; in fact, the soldiers used to stay outside at the gate. That is what they have been doing. When we came here we were put in prison,” he said.

”I will definitely prefer another hospital. I was told that some Shi’ite Ulama came and said I should be allowed to be treated in India.”

”They said I am the one to take myself to hospital, not the government.  We bought our own tickets, the government people with us bought theirs.

”Somehow, when we came here, we learnt the embassy changed the story. We learnt the Nigerian government told them they are bringing in two patients charged with a criminal offence, and they also solicited the support of the Indian government for the security of these people; they also spoke with the hospital about what to do. And they claim they are the ones bringing us”, he finally said.