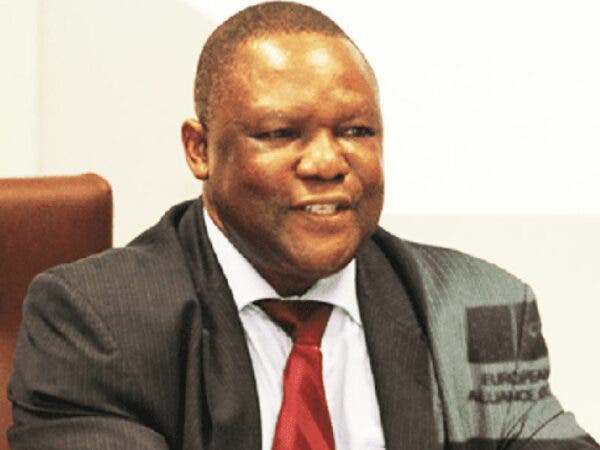 Again, the Department of State Service, DSS has for the third time in less than two months invited Dr Obadiah Mailafia to appear before its officials on Monday, the 14th of September, 2020.

The recent invitation came even as Dr Mailafia is asking the court to restrain the Nigeria Police Force through the Force Criminal Investigations Department from investigating him in a matter already before the DSS.

It would be recalled that Dr Mailafia in a radio interview in Lagos on 9th August, 2020, made some allegations which bordered on internal security, alleging that a sitting Governor in one is of the States in the north was a commander of Boko Haram.

He has expressed dismay at the third invitation, describing it as extreme political persecution, adding that despite his peaceful disposition, his life is in danger as some forces want to silence him permanently for speaking the truth.

His words, “I have once again (for the 3rd time) been ordered to appear before the DSS at their Jos HQ this Monday 14th September, at 11.00 am.

“This is in addition to our battle in court, as my lawyer appears before a Jos High Court today Friday the 11th, seeking a restraining order against the DIG Criminal Investigations Department (CID) who are also pursuing me.

“I spent over 20 years of my working life abroad as a University teacher, banker and international civil servant with an unblemished record. I have no criminal record — not even a parking ticket.

“Sadly, it is in my own fatherland that I’m being subjected to criminal investigation and such extreme political persecution. Please, pray for me. I have reasons to believe that my life is in danger and that some powerful political forces want to silence me forever. For speaking the truth.

“For speaking on behalf of the holy martyrs — of thousands of innocent children, women, elderly and youths that have been killed in our beloved country.

“It is only in our benighted country that a man who speaks from his conscience can be hounded like a common criminal.

“Please, those of you in the Jos area or who can easily travel to Jos, please kindly mobilise and be there en masse to support me on Monday at 11.00 am as I go once again into the Lions’ Den.

“I’m a believer in nonviolence. Please, no one should throw even a little stone on my behalf. Let us become candles of light and peace in this Age of Darkness. Thank you so immensely and may God bless you all.”

On the case before Justice Arum Ashom which came up for hearing on Friday in High Court 5, Jos, but was adjourned to September 29, for ruling on application, Dr Mailafia’s lead counsel, Pius Akubo SAN told the court the application was brought pursuant to section 206 of the fundamental human right and dated and filed September 1st, 2020 and contained nine prayers stated on the face of the application.

His words “We urge my Lordship to hold that such counter affidavit amounts to hearsay and as such, lacking in merit. In any case, even if your Lordship wants to take a look at it, I draw your attention to paragraph 6a of the counter affidavit where the respondents conceded in paragraphs 1-10 of the affidavit in support of the original application.

“In other words, it is common ground that the applicant has already been invited by the DSS in furtherance of his interview on August 9, 2020 to a local radio FM which was a brutal frank when he told the whole world what was happening in the North Central of this country. Matters concerning internal security are within the purview and jurisdiction of the DSS,” and further drew the attention of the court to section 2 subsection 3 of National Security Agency’s Act Cap 74 laws of the federation 2004.

Counsel questioned the business of the respondents in a matter being handled by the DSS if there was no ulterior motive and called the attention of the court to exhibit om2 and om3 and said that in both exhibits, it is evidently clear that the invitation by the respondents was not clear as he added, “They did not state anywhere that he committed any offence. They are taking refuge in section 4 of the Police Act to perpetrate their infamous act because no criminal allegation has been raised against the applicant.”

In his submission, Lukeman Fagbemi told the court he filed an affidavit on behalf of respondents, filed a 13 paragraph counter affidavit and relied on it in urging the court to dismiss the applicant’s motion on notice maintaining that there is no law that commands a particular person to disposed to an affidavit citing section 115 subsection 3&4 of the evidence Act 2011

On double jeopardy, defendant’s counsel said that the applicant can only complain about that when trial has been conducted and cited RN vs Nwosu 2016, 17 NWLR part 1541, page 226 particularly page 295 & 296.

On ulterior motive, he noted “except they placed something before your Lordship, that would amount to speculation. Section 4 of the Police Act stimulates how the Police can conduct its investigation both within and outside the country.

“No wonder, counsel for the applicant quoted that section halfway. I urge my Lord to dismiss the application because you cannot stop the Police from investigating.

“The entirety of the argument canvassed in the further and better counter-affidavit on point of law by the applicant can best be described as a reproduction of what they argued in the main motion.”

Responding on point of law, counsel for the applicant said that citing section 115 of the Evidence Act by respondents’ counsel to justify the use of Ezekiel Oluwaseun Ojo to deposed to affidavit has inexcusably violated the same section which enforces an obligation on him the name of the informant.

“What he said is Commissioner of Police, legal. He did not supply the name of the commissioner legal”.

Counsel added that section 4 of the Police Act is not a talisman that gives a warrant to the respondents to tackle the applicant.