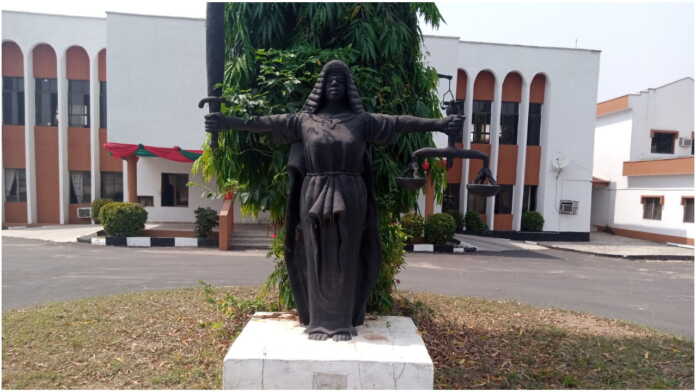 A federal High Court sitting in Osogbo and presided by Honourable Justice Peter Lifu, has jailed Prince Adekunle Oyinlola without option of fine on three counts of conspiracy between the defendant and three others at large.

He was convicted in a case with Charge Number FHC/OS/42C/2012: FRN v Prince Oyinlola Adekunle and instituted by the Nigerian Security and Civil Defence Corp (NSCDC), Osun State Command

He was charged to court by the NSCDC for defrauding Mr. Solagbade and other unsuspecting members of the public of the sum of N9,820,000 under the false pretence of registering them as patent right holders of Comandclem Nigeria Limited.

According to the charge sheet, the offence is contrary to Section 1(1)(a) and punishable under Section 1(3) of the Advance Fee Fraud and other Fraud Related Offences Act, 2006.

The court also ordered the auction of vehicle registration number BDG 575 AG to be supervised by the court and the proceeds of the sale to be paid to the victim.

Reacting to the court judgement, the state Commandant of the NSCDC, Mr. Abdulkadir Sulu maintained that acts of fraud and scam should be shunned by Nigerians.

He also explained that only righteousness, sincerity and honesty promote a nation.

He advised citizens to be loyal in their relationship, business and any other act that promotes development.