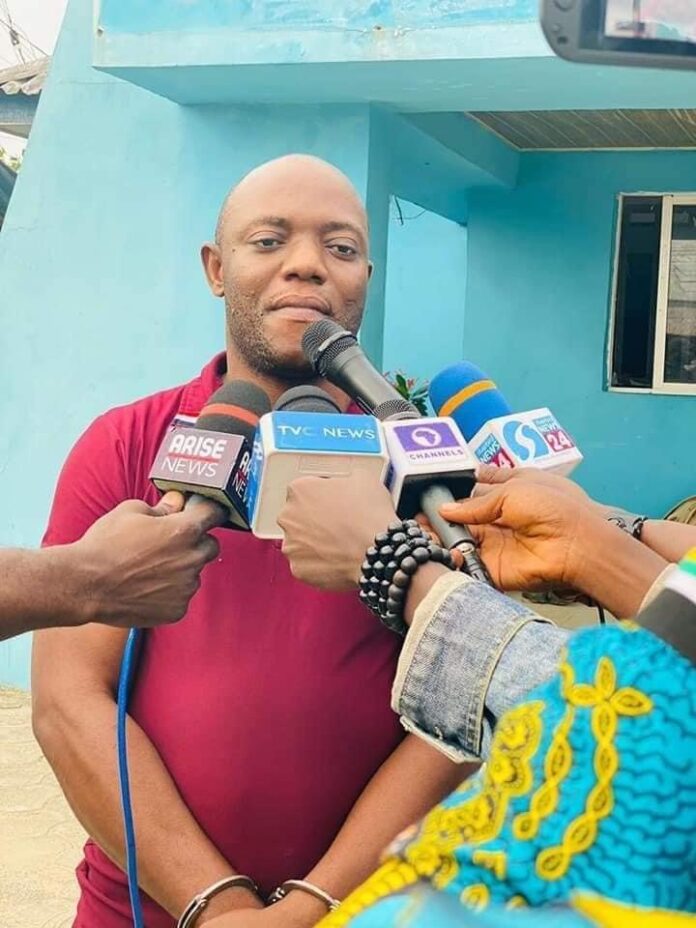 A fake Medical Doctor arrested in June 2021 has been sentenced to four years in prison by a Magistrate Court sitting in Yenagoa.

Recall that the convict, Akpoviri Vincent Jimmy was arrested after a prompt by Tobis Clinic where he was found to have impersonated one Dr. Charles Umeh, a medical doctor in Taraba State.

He used Dr. Umeh’s documents in search of jobs in Delta and Bayelsa States, claiming to be a practicing surgeon and sought employment in Tobis Clinic.

The convict who is Urhobo from Ethiope West local government area of Delta State, was first discovered in Ughelli when he did not know the correct terminologies a qualified medical doctor should know and use and was arrested when he returned to Yenagoa to continue his schemes.

A Senior Magistrate, Mrs. Michael Akata R.G. (Esq.) who presided over the case issued the maximum sentence the court permits for such an offence, which is four years imprisonment with hard labour.

She stated that it would serve as a deterrent to others involved in such activities as the state government has shown it will not condone such in the state.

In response to the judgement, the Prosecutor, Barr. Philip W. Soroh stated that the case is that of impersonation and forgery, saying he was mobilised by the Solicitor General of the state, Preye Agedah to swing into action and ensure justice is served.

He said the judgement was given under two months since the arrest was made, adding that Bayelsa is an infertile ground for impersonation as the Judiciary is proactive and will give judgement without delay.

In his remarks, the Permanent Secretary Ministry of Health, Dr. Wisdom Ebiye Sawyer, noted that the judgement was a landmark victory for the judiciary and all Bayelsans.

He said it showed the commitment of the Prosperity Administration of Governor Douye Diri to prioritize the health of Bayelsans, and deter those working as fake Medical doctors or quacks from such fraudulent acts.

He said the case was decided in a very short time which shows the commitment of the Judiciary, noting that those involved in quackery should change their ways or leave the state and thanked the Nigerian Medical Association(NMA) for following through with the case.

In his remarks, the NMA Chairman Bayelsa State Chapter, Dr. Ngowari Torunana said the judgement was a victory for Bayelsans and medical doctors in the state.

He appreciated the Commissioner for Health, Dr. Pabara Newton Igwele, for his support which ensured justice was served, as well as the role played by Tobis Clinic in alerting him about the case in the first place.

Dr. Torunana stated that the Anti Quackery Bill is in the state House of Assembly which will be signed into law, and advised Bayelsans not to subject themselves to quacks for medical treatment.

Speaking on behalf of the Medical Director of Tobis Clinic, the Director Clinical Services, Prof. Ligha Aloysius said he was pleased with the judgement which will serve as a lesson to the convict and others practicing quackery.