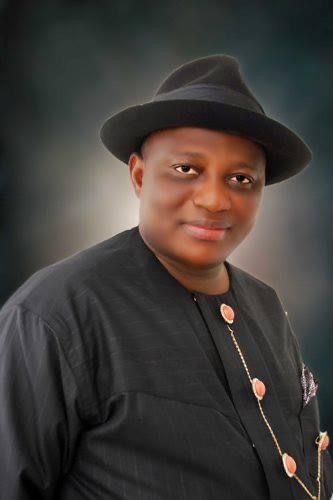 A Bayelsa State High Court presided over by Justice Iniekenimi Uzakah has issued a bench warrant for the arrest of a former General Manager of the State Broadcasting Corporation, John Idumange.

Idumange, who also served as former Governor Seriake Dickson’s aide on Research and Documentation as well as Social Media, is standing trial for accusing some government officials of diverting the N3bn agriculture loan of the Central Bank of Nigeria allocated to Bayelsa.

Uzakah gave the order on Monday following an oral application by the state prosecuting counsel, E. S Obed, who stated that the accused had been absent from court to defend charges levelled against him.

He, however, adjourned the case to July 26.

Idumange was sued by the state’s Attorney-General and Commissioner for Justice, Biriyai Dambo, for alleged misdemeanour and seditious publications against government officials, accusing them of diverting the N3bn CBN agric loan.

A Magistrates’ Court had on March 11, 2021, in Yenagoa had authorised the former Radio Bayelsa manager’s detention for 30 days pending a police investigation.

MEANWHILE, NAIJA LIVE TV contacted the Former Radio Bayelsa GM, Dr John Idumange and confirmed that he had an accident on his way to the Court and was rushed to the Hospital for Immediate Medical attention.

At the Accident and Emmergency Department of the University of Port Harcourt Teaching Hospital, John Idumange was admitted and treatment was administered to stabilizer him. There after, he was referred to the Department of Radiography where he tokk x-ray on his fractured knee and the Chest.

So far, the University Don is responding to treatment. The x-ray result will be out on July 27, 2021, bit the Dr. has recommended further treatment and close watch since the patient also runs high blood pressure.