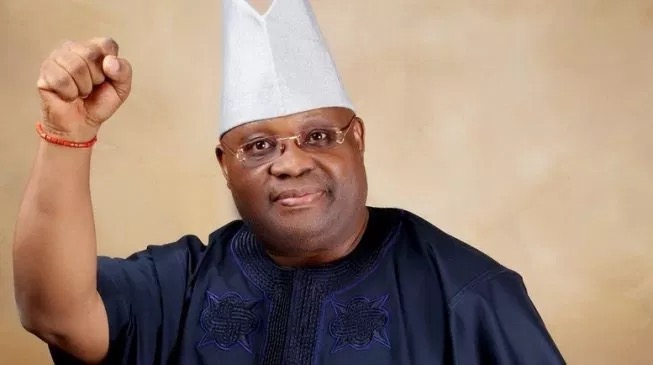 ABUJA – A High Court of the Federal Capital Territory sittinv at Bwari , on Tuesday, voided the nomination of Senator Ademola Adekele as candidate of the Peoples Democratic Party, PDP, in the September 2018 Governorship Election in Osun State.

The court, in a judgment that was delivered by Justice Othman Musa nullified Adeleke’s nomination on the premise that he was not qualified to participate in the gubernatorial contest.

Justice Musa said he was satisfied that Adeleke who is currently representing Osun West Senatorial District, does not posses the minimum educational qualification prescribed in section 177 of the 1999 Constitution, as amended.

The court noted that the section stipulated that candidates vying for governorship position must be educated up the secondary school level.

Justice Musa stressed that whereas the court found that Adeleke entered secondary school in 1976, he said there was no record to show that the PDP’s flag- bearer actually graduated as his name was not found in the school’s register from 1980.

The court held that the result Adeleke attached to the form CF001 he used to secure clearance from the Independent National Electoral Commission, INEC, was fake.

It stressed that the result was found to be different from the one that was presented to the court by the principal of Ede Muslim High School, Ede, Osun State, where Adeleke purportedly graduated from.

Consequently, the court held that his nomination to participate in the September 22, 2018, governorship election was bound to be nullified.

The judgment followed a suit that was lodged by two Chieftains of the All Progressives Congress, APC, Wahab Raheem and Adam Habeeb.

The plaintiff had few days to the Osun governorship contest, approached the court for an order to disqualify Adeleke on the premise that he lacked the requisite educational qualification to contest for Governor.

The Plaintiffs, through their lawyer, Mr. Bankole Akomolafe, alleged that contrary to what was submitted to INEC, Adeleke did not sit for the WAEC examination in 1981 since there was nothing like the Senior Secondary School Certificate Examination as at then.

Besides, the duo maintained that NECO examination that Adeleke claimed he sat for could not be genuine considering that the body was not in existence as at the time the defendant said he sat for the examination.

Owing to issues that were raised in the suit, Justice Musa, on September 11, 2018, summoned WAEC to depose an affidavit to either deny or confirm that Adeleke sat for Exams the Council conducted at Ede Muslim High School in Ede, Osun State, in 1981.

The court further directed WAEC to file the ledger containing Adeleke’s results and those of his mates with whom he sat for the examinations.

Sequel to the order, WAEC, deposed an affidavit wherein it confirmed to the court that Adeleke had indeed participated in Exams it conducted in June 1981, at Ede Muslim School situate at P.O. Box 6 Yidi Road, Ede, State of Osun.

The examination body also tendered into evidence, a ledger that contained the result of all candidates (001-221) that sat for the SSSCE Exam in the school in 1981.

Meantime, Adeleke had vowed to Appeak against the judgment invalidating his nomination for the Osun governorship poll.

Reacting through his lawyer, Mr. Nathaniel Oke, SAN, Adeleke insisted that the Judge erred in law and occassioned a miscarriage of justice against him.

He alleged that Justice Musa went beyond what was presented before the court by the parties and on his own sourced the evidence he relied on arrive at a unjust conclusion in the matter.

The embattled PDP candidate said he was confident that the verdict would be overturned by the Court of Appeal, insisting that he has the requisite educational qualification to occupy the Osun State governorship seat.

It will be recalled that the Osun State Governorship Election Petition Tribunal had in a two-to-one split judgment on March 22, declared Adeleke as the valid winner of the gubernatorial contest.

Atiku reacts to Adeleke’s defeat at the Supreme Court