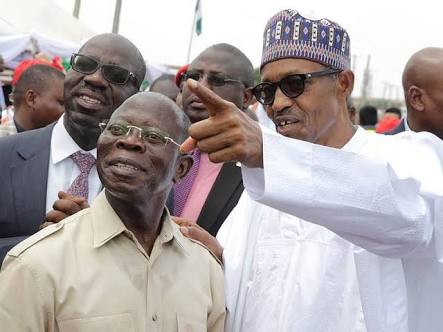 APC in disarray as Buhari asks Oshiomole to resign. Buhari in a telephone called Oshiomole after discussion with the APC hierarchy asked Oshiomole to tender his resignation letter to save the party from total collapse.

Reports quoting party insiders said the president was visibly angry with the gale of defection hitting the All Progressives Congress APC, across the country. He was said to have lashed out at the party Chairman for his inefficiency to control the situation.

The president was said to be disappointed with the party chairman especially on the national assembly saga which had drawn international condemnation and disgrace to the country and his government.

The final straw was the embarrassing new revelations of over 589,000 members of APC announcing the withdrawal of their membership of the party and defecting to the opposition party PDP. It is also said that the president is still contemplating withdrawing from contesting the 2019 presidential election.