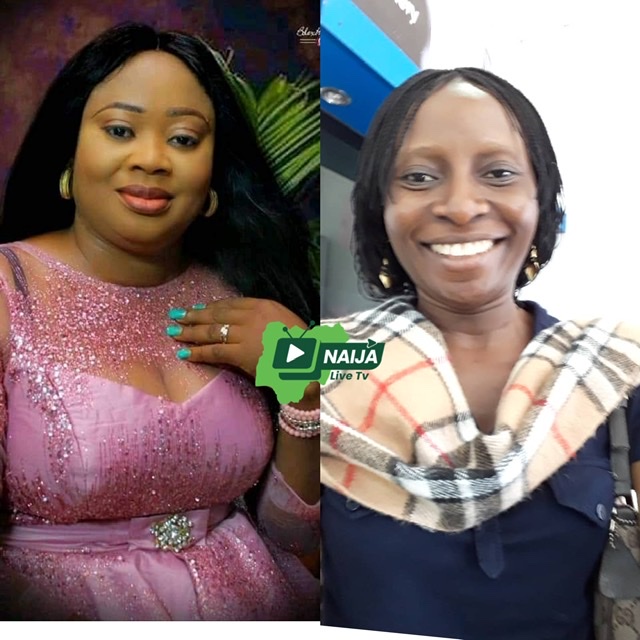 The last has not been heard of the purported romance between the enstranged wife of the former rector of the Bayelsa Institute of Tourism and Hospitality Management Mrs Tombra Eyeoyibo Johnson and Hon. Gentle Emelah-Bayelsa’s Commissioner for Education.

The latest is that Mrs. Omele Emelah – has allegedly launched a manhunt for Mrs. Tombra Johnson alledging that her purported romance with her husband is causing problems in her matrimonial home.

It was gathered that, the angry Commissioners wife has allegedly prevailed on her husband to deploy the said “unfaithful”staff to other Ministries to create a physical distance between them. Howver, we have it on good authority that Mr. Emelah still asks the embattled woman to report to duty only on Saturdays and Sundays, whatever that means.

The wife of the Commissioner Mrs Omele Emelah who can no longer control emotions allegedly went to the Commissioners office located at Education House besides sport complex and attacked her physically.

A close source disclosed that since the incident, the woman has stopped coming to work. The source further disclosed that the commissioners wife Mrs Omele has stormed her new apartment severally to Allegedly harass her for having amorous relationship with her husband.

The alleged girlfriend of the commissioner who also doubles as his secretary might have traveled out of the state because of the several threat to her life. Mrs. Omele Emelah lamented that her husband cheated on her with another married woman and blamed her husband for the alleged several visits he made to the residence of Mrs Johnson at unholy hours.

Journalists who got wind of the story tried to call the cell phone of Mrs. Tombra Eyeoyibo Johnson and the wife of the commissioner but their phone numbers could not be reached.

Meanwhile, Mrs.Tombra allegedly took off from the office since the Commissioner’s wife stormed the Education House to settle scores with her.

The Commissioners wife had allegedly expressed sadness at Mrs. Tombra attempt to distabilize her family following the social media scandal.

It should be recalled that the social media space in Bayelsa, went agog some days ago, when one Imomoemi Otutu posted a story allegedly accusing the Commissioner of Education, in the state of having an affair with his confidential secretary, who happens to be the wife of a former rector of the Bayelsa State International Institute of Tourism and Hospitality (IITH).

In a disclaimer signed by Onisoman Kos-Ikah, his media assistant, Hon. Gentle Emelah debunked the story stating that he is being blackmailed.

“Let it be known that the said man alleged to be crying out has at several times expressed sadness and frustration that his inability to take financial responsibility of his home following his loss of job, which has affected his state of mind, fractured the once cordial and peaceful relationship with his wife and made her disrespectful.

“For the avoidance of doubt, the Commissioner does not have any amorous relationship with the said man’s wife other than that she is a staff in his Ministry,” the disclaimer reads in part.

In an exclusive interview with Newsmen in Yenagoa, Dr. Samuel Timi Johnson, a former rector of the Bayelsa State International Institute of Tourism and Hospitality (IITH), narrated that he began having issues with his wife, Mrs. Tombra Eyeoyibo Johnson, after she was transferred to the office of the commissioner to work as his secretary.

“My marriage began to deteriorate when my wife was transferred to work in the office of the commissioner as his secretary.

“He calls my wife at odd hours. There was a time when he called her and I confronted her because I didn’t like the kind of words she was using over the phone.

“It got to a time, when the disrespect was too much from my wife, we just greet and that’s all. For months, we don’t relate like husband and wife.

“When she’s in the kitchen, toilet or bathroom she goes with her phone because she is expecting the boss to call her,” he said.

Johnson accused the commissioner of visiting his wife at odd hours.

His words, “It got to stage that Gentle Emelah started coming to our house sometimes as early as 6:15am to give her money.

“Sometimes she will just tie rapper to go and meet him outside.

“She goes to work by 7:30am and comes home by 6:40pm from Monday to Friday. She rarely comes home early. We were really having serious issues at home because of her job.

The former rector further revealed that upon his return from a journey, he found out that his “wife had packed all her things and left the house unannounced on the 30th of October, 2021.

“I later found out that the commissioner had paid a one bedroom apartment for her.”

He debunked claims by the commissioner that the bane of his marital problem was because of his inability to live up to his financial responsibility as a husband.

According to him, “That is a damn lie or is that the reason he was coming to my house by 6:00am? Is he the one footing my bills?”

Johnson, who dismissed claims of lobbying the commissioner for reappointment as rector of IITH, stated that the commissioner refused to intervene in his marriage after he was approached by both families.

“The commissioner cannot reappoint me, he’s not the governor. He doesn’t have a say

“Our both families have tried to settle this issue. The commissioner was even approached to help talk to her to come back home, but he said he can’t talk to her because it is a family issue and he doesn’t want to be part of it.

“He wants my wife to be around, so he can be sleeping around with her.

“He is deceiving her that he is going to the House of Representatives and is going to make her his secretary,” he alleged.

Now that Mrs. Gentle Emelah has taken the fight to the woman alleged to have amorous relationship with her husband, the last may not have been heard about the saga involving Hon. Gentle Emelah and Mrs. Tonbra his confidential Secretary.

It should be noted that Mr. Gentle Emelah is the Education Commissioner who should be avrole model to school children. It was also gathered that the Commissioner poses as a pastor in his local Church. If this account is anything to go by, it is difficult how the Commissioner can be a good pastor.

In other climes, the Commissioner would have long resigned since the incident was reported because of the heavy moral burden of the allegation of inappropriate relationship with his Staff. It is yet to be seen if the State Government will wade into the matter with a view to resolvig it or allow the conflagration to continue unabated.

THE ALLEGED CONVERSATION BETWEEN THE COMMISSIONER AND HIS PERSONAL SECRETARY