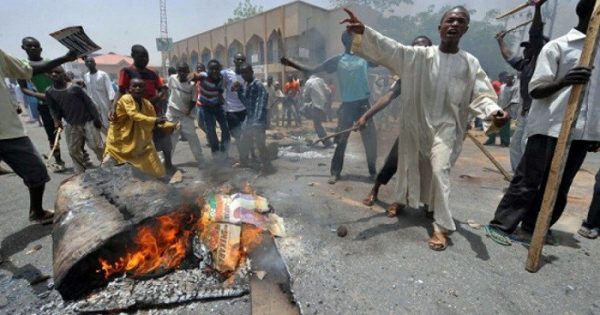 The insecurity in Nigeria’s northwest region has claimed 8, 000 lives and displaced about 260, 000 people over the last decade, according to a report by the International Crisis Group.

In a report titled: “Violence in Nigeria’s North West: Rolling Back the Mayhem,” published yesterday on its website, the international non-profit organisation said most of the victims of the violence were mainly in Zamfara State which had witnessed a surge in banditry, cattle rustling and kidnappings in the period under review.

About 60, 000 of those displaced in the crisis, the group said, are now refugees in the neighbouring Niger Republic.

“Over the last decade, more than 8,000 people have been killed – mainly in Zamfara State – with over 200,000 internally displaced and about 60,000 fleeing into Niger Republic. Livestock and crops have been decimated, further depressing human livelihood indices that were already the country’s lowest. The violence is aggravating other security challenges: it has forced more herders southward into the country’s Middle Belt, thus increasing herder-farmer tension in that region and beyond,” the report said.

The violence in the region is mostly between pastoralists and farmers with hundreds of attacks, mostly targeting villagers, resulting in deaths and displacements.

The region has also witnessed a surge in kidnappings for ransom, cattle rustling and other criminalities in the last decade, resulting in the deployment of troops by the government to curb the situation.

According to the group, local criminality in the region has given room for the terrorist organisations like Ansaru, an offshoot of Boko Haram, to find bases in the region, which includes the seven states of Jigawa, Kaduna, Kano, Katsina, Kebbi, Sokoto and Zamfara.

The report also recommends steps the Nigerian government could take to help contain the situation.

“Durably ending the violence in Nigeria’s North West requires a multi-pronged approach, some of which must necessarily focus on the long term. The foremost priority is to encourage negotiated settlements between herders and farmers, as well as to disarm, rehabilitate and reintegrate members of their allied armed groups.

“In support of this effort, the federal and state governments should prioritise reforming livestock production systems in a manner that addresses the needs of both herders and farmers, and thereby minimises friction between them.

Nigerians react to suspension of Ibrahim Magu by President...