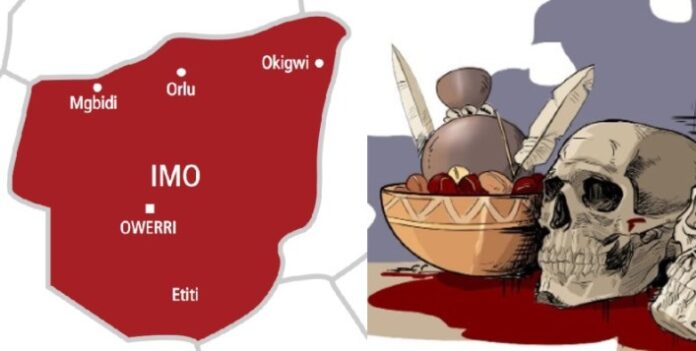 A 14-year-old boy (name withheld) has narrowly escaped being killed by his neighbour, who allegedly wanted to use him for ritual purposes.

According to a report by Daily Post, the 40-year-old neighbour from Anambra State, who is now in police custody, invited the boy to his apartment within the neighbourhood for an errand.

On arrival, the young boy met the suspect who is also his father’s friend blaring loud music from his home theatre.

It was reported that after ushering him into his apartment, the suspect jammed the door and hit the boy with a machete, wanting to push him into an already dug grave in his room.

The assailant, neighbours said, was also attempting to chop off the boy’s head from his body, a situation that led to stiff resistance and commotion.

The screams from the victim attracted neighbours who forcefully broke down the door and rescued him, before handing the suspected ritualist over to police operatives.

The boy, who was said to have sustained some cuts, is receiving medical attention at an undisclosed hospital.

He noted that the suspect was currently undergoing police investigation in the State.